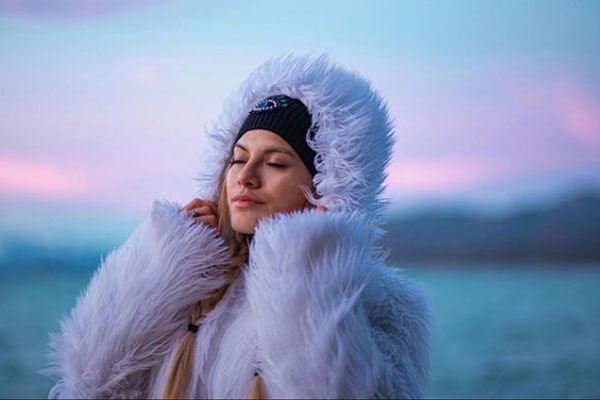 Despite the controversy surrounding Logan and Adriana, the couple is thriving and enjoying their relationship. Image Source: Adriana's Instagram

It has become a weird and the funniest time to live in these days. Since people are one text or videos from sharing their talent and a fraction of their life to the world, they are equally vulnerable to the scrutiny of people as well. A perfect example is the beloved YouTuber Logan Thirthyacre and his new girlfriend, Adriana Fajardo. The new couple has been a hot topic for several fellow YouTubers. Despite being on a microscopic view, Logan Thirtyacre‘s girlfriend has managed to keep herself optimistic.

Garnering 8.9 million subscribers, Logan Thirtyacre found the love of his life in 2019. The couple has been on hot seat because of their relationship. But, that’s not our concern today, thus, let’s find out who is Logan Thirtyacre’s girlfriend.

The one thing we know about Thirtyacre’s partner, Fajardo, is that she is a little quirky and has a great aura. Adriana Fajardo is incredibly secretive and is maintaining her personal life a secret. Going through her Instagram, the 5’1” beauty is a party animal and lean towards a hippie attitude.

While Thirtyacre’s sweetheart, Fajardo, aka Willow’s Facebook, remains silent, her Instagram shows that she is a high school graduate and is living her life according to her will. In an Instagram post, she talked about being a free spirit and loved all the joy she had experienced in her first camping festival. She also ranted about deciding to take herself to festivals and experience joy that would be necessary for her well being. Likewise, based on her Instagram, she seems to be a very fun-loving person with a hint of literature touch. An interesting note, Logan Thirtyacre’s girlfriend, is a vegan and has beef with iceberg lettuce.

In a video posted on Lance Thirtyacre’s channel, Adriana shared her reason for being a vegan. According to her, she was seeing the PETA website when she was home alone and saw ‘cute little kittens,’ ‘baby animals,’ and cried confronting her mom that she was never eating meat again. Like Fajardo’s boyfriend, she has launched her YouTube channel and has 822 subscribers and uploaded two videos.

Although there are not much published about Thirtyacre’s girlfriend yet, we will know about her further in the coming days.

According to Adriana Fajardo’s Facebook, the couple has been together since October 13, 2019. One thing about being a YouTuber is that your entire life is out there and will be judged by people who are passively involved in your relationship. Welp, the saga’s for another time, for now, let’s look into the couple ‘s relationship.

Logan and Adriana look way much happier together and do not shy away from showing off their relationship. As mentioned above, both Thirtyacre’s girlfriend and himself have publicly addressed their relationship openly. Logan also introduced Adriana Fajardo via his vlogging channel as well. The video starts with them joking around and talking moments of their relationships. Both Logan and his girlfriend looked lively and very much in love as they couldn’t stop but embrace one another.

Furthermore, as mentioned above, she is a vegan. She said that she wouldn’t eat a cheeseburger for a billion dollars. However, she would readily eat ‘two’ if it meant to save her boyfriend, Logan’s life. Also, she thanked Logan Thirtyacre’s fans for loving him. Hence the proof of love is served.

Many dramas are surrounding the couple, which includes Logan Thirtyacre’s ex-fiancee Chilly Jimenez, her brother Tito Jimenez and sister. Their tweets direct that Logan tried to show Tito the adult tape and had paid $60,000 on a hooker who happened to be Willow.

There are so many sides fo the stories as both of them supposedly cheated on one another. However, both of them are happy in their individual lives, so it’s all that counts.