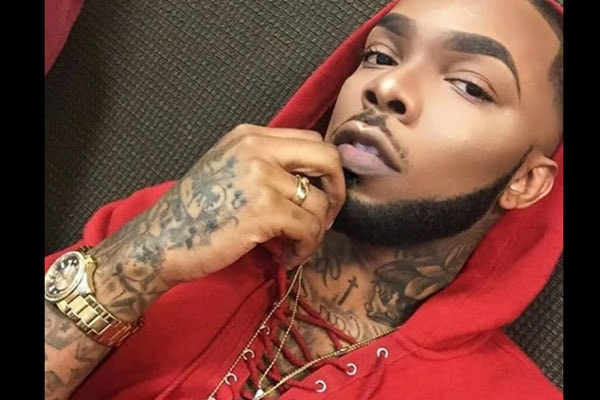 The beauty guru and vlogger, Stahr. Milan was surrounded by plenty of controversies regarding the Milan Family. It was alleged that Stahr sexually assaulted King and Tahj. Though the allegations have not been quite clear till now, the Milan family fell out eventually. In 2017, he released a video on his YouTube channel where he talked about his personal battle with drugs and why he chose to stay away from his social pages.

For those of you who don’t know who Stahr Milan is, well, he is a famous YouTuber who is known for his make-up and hair tutorials. Mr. Milan has of present 246,020 subscribers on his YouTube channel called Stahr Milan.

What Happened To YouTuber Stahr Milan?

Stahr Milan was a part of the Milan family. The Milan family was a group of five very unique individuals who represented the LGBTQ community. It consisted of Stahr, Tahj, King, Dope Simplicity and Vicaya Milan. All of them were looked after by “mama” Stahr Milan. But then people started to suspect Stahr’s intention with his daughter’ when he posted a picture on his IG page of him wrapping his arms around King and kissing him on the lips. Later on, King was quoted as saying that Stahr would force them to have sex with him. The Milan family is no longer together.

Stahr was also professed to have scammed a lot of people through his bleaching creams and nail polish.

In 2017, Stahr released a YouTube video saying why he shut himself off. He talks about his battle with drugs and depression.

Stahr is quite emotional in the video as he speaks about his breakup and how hard of a toll it took on his life.

Stahr Milan was born on born December 21, 1989, in the United States. Stahr has also lived in Fort Lauderdale and Miami, Florida, and Atlanta, Georgia. Last December, Stahr celebrated his 28th birthday. His birth sign is a Sagittarius.

Stahr used to post makeup and hair tutorial videos along with vlogs and challenges for his ardent subscribers. Mr Milan created his YouTube account StahrPastel in March of 2012. He was able to accomplish himself fame and fortune through his videos. “Natural Brows + Highlight and Contour” and “The Best Skin Bleaching Ever” was his most viewed videos on youtube. In June 2014, he uploaded “Blac Chyna Lashed Tutorial + Hair Review”.

Mr. Milan is an avid makeup artist. Before he deleted all his videos from his YouTube channel and from his social media sites, he would post pictures of himself in zombie makeup and drag transformations. He’d dabble his makeup here and there, creating an absolutely flawless creation. It is unfortunate that Mr. Milan decided to remove his creations from all over his pages.

Stahr Milan is known in the media world by the name Motha Milan. After deleting almost everything from his IG account, Milan posted an adorable throwback picture of himself on his birthday!

Though it looks like he is quite active on his Twitter profile. Stahr Milan’s net worth is not yet known but judging by the views that his channel gets, we are sure it’s big!

Make sure to follow us on eCelebrityMirror for more Celebrity Babies, News, and Entertainment.