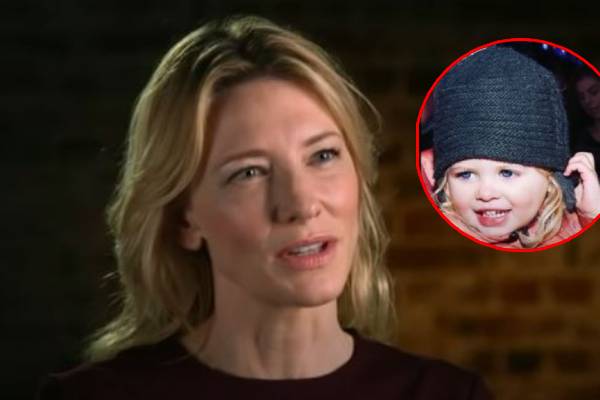 With the new adaptation of the famous epic fantasy novel written by J. R. R. Tolkien, The Lord of the Rings, coming to television, fans are ecstatic to watch it. But, at the same time, they wonder if the casts of the film trilogy based on the novel will reprise the role. As a result, the cast of the film series has again made it to the headlines, and many fans are searching about their personal life.

Cate Blanchett is one of the original casts of the LOTR film series, and she has gained worldwide prominence because of her role as Galadriel, the elf leader. The successful actress who has acted in several movies and televisions series is the doting mother of four kids whom she has kept away from the media attention.

Thus, let’s learn in detail about Cate Blanchett’s daughter, Edith Vivian Patricia Upton, and see how she is growing up.

As mentioned earlier, The LOTR actress Cate has four children whom she welcomed with her husband, Andrew Upton. The couple met in 1996, and after dating for three weeks, they got engaged. Then, on December 29, 1997, the lovebirds walked down the aisle, and since then, they have been together.

Among their four kids, Cate Blanchett’s daughter, Edith Vivian Patricia Upton, is the youngest in the family. Her parents, Cate and Andrew, had adopted her on March 6, 2015.

A representative for Cate had revealed the adoption news to The Hollywood Reporter. According to the rep, the couple had welcomed a baby girl into their family and named her Edith Vivian Patricia Upton. No more information was provided.

Later in an interview, Edith’s mom revealed that adoption had been a long work in progress for them, and they had wanted to adopt since the birth of their first child. She even talked about the process and revealed that they were blessed to have a daughter.

Being the youngest one in the Upton family, Edith must be pampered well by her parents and elder siblings.

Cate Blanchett’s daughter, Edith Vivian Patricia Upton, is the only daughter and the youngest child of her and Andrew. Before adopting her, Edith’s parents had welcomed her three elder brothers, with whom she is really close.

Edith Vivian’s eldest brother is Dashiell John Upton, whom her parents welcomed on December 3, 2001. Then, her second brother, Roman Robert Upton, was born on April 23, 2004, in London. Seven years before adopting her, her mom had given birth to her third brother, Ignatius Martin Upton, in Sydney, Australia, on April 13, 2008.

When Edith’s parents adopted her, her elder siblings had welcomed her with open arms. The Upton siblings share a special bond, and they are close with each other. They surely must be having a wonderful time growing up together.

The 52-year-old actress Cate Blanchett seemed to have gracefully managed her professional life and motherhood. Having raised four kids with the media and paparazzi hovering over you must have been a challenging task, but the actress has carried it effortlessly.

In many interviews, Edith Vivian’s mom has talked about the different topics and things that she has taught to her and her brothers. For example, her mother has taught her the importance of self-respect. Moreover, her mom often talks about the importance of research and knowing the authentication while getting any sort of information or news from social media. Hopefully, Edith might follow in her mom’s words.

Being a daughter of a renowned actress, Edith has already become famous at such a young age. Seeing her mom succeed in her acting profession, Edith might also be interested in the entertainment industry and follow in Cate’s footsteps. Well, we still have a lot of time to know about that.