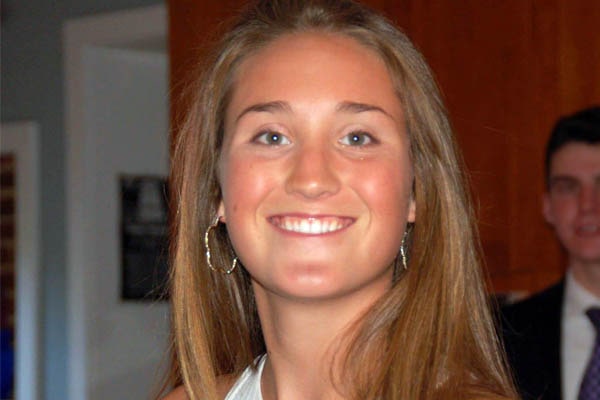 Lillie Carlson is the firstborn of the famous American political news commentator Tucker Carlson with his long-time wife, Susan Andrews Carlson. Tucker Carlson is in the field of journalism since the 1990s, and still, he is actively serving in the industry as an energetic news analyst. With the increasing fame of the conservative television host, his family, including his daughter, Lillie, is also a part of media attention.

Though Tucker Carlson and his beloved wife, Susan Andrews, usually keep their family life away from the media reach, there are some details on their kids available on the internet. Here, in this article, get familiar with some facts on Tucker Carlson’s daughter, Lillie Carlson, who prefers to stay away from the limelight.

As mentioned earlier, Lillie Carlson is the eldest child of Tucker Carlson and Susan Andrews. Carlson and Andrews gave birth to their daughter, Lillie, in 1995. She spent some of her childhood years in Virginia and later relocated to Washington DC with her parents.

Lillie Carlson got the privilege to become a proud big sister with the birth of her brother, Buckley Carlson, in 1997. Similarly, her younger sisters, Hopie Carlson and Dorothy Carlson joined the family some years later in 1999 and 2002, respectively. All the three siblings of Lillie share a close relationship with her. Her sisters and brother are always by her side whenever she needs some help from them. Being a big sister, Lillie also stands by their side during the thick and thin of their life.

Lillie Carlson’s parents, Tucker Carlson and Susan Andrews, are high-school sweethearts. They knew each other since their teenage days. After dating for several years, Lillie’s mom and dad tied their marital knot in 1991 before their close friends and family members. They have been together for more than three decades and have raised Lillie and her siblings keeping them far from the limelight.

Has Some Restrictions From Her Dad Regarding Boyfriends

Tucker Carlson’s daughter, Lillie Carlson, has some restrictions regarding her love life from her adad. Her celebrity father, Tucker Carlson, does not want her to date a male feminist because he thinks feminists are creeps by definition.

In 2019, the Fox News host, Tucker Carlson, announced on his nightly talk show ‘Tucker Carlson Tonight‘ that if a man identifies as a feminist, then the alarm bells go off quite loud. While discussing Canadian Prime Minister Justin Trudeau‘s blackface scandal, Carlson revealed that if some guy called himself a feminist, then he would not let his daughters date the person.

Furthermore, Lillie Carlson’s dad, Tucker, said that the former president Bill Clinton was a great feminist, so was the politician, Ted Kennedy, who killed a woman. So boys! If you call yourself a feminist, then you’d better not go near Tucker Carlson and his daughters.

Tucker Carlson’s daughter with Susan Andrews, Lillie Carlson, seems to love adventures and travel. Though her social media posts are limited, seeing her public Facebook posts, it looks like she loves traveling with her siblings and friends. In 2016, she visited the Great Wall of China. Moreover, she often posts pictures on her Facebook, traveling to various mountains, hills, and deserts with her close ones.

Besides traveling and adventures, Lillie takes great pleasure in raising funds for people in need. In 2018, on her friend Lydie Neill‘s birthday, she raised funds online for American Foundation for Suicide Prevention. Being a daughter of a multi-millionaire television host, Tucker Carlson, Lillie might take part in various philanthropic works and donate, staying far from the media spotlight.

Currently, the beautiful daughter of Tucker Carlson, Lillie Carlson, lives happily in Washington DC, far from media scrutiny. We hope to learn and update you all more about her professional and personal life in the upcoming days.

The English girl name Lillie means the flower Lily, a symbol of innocence, purity, and beauty.