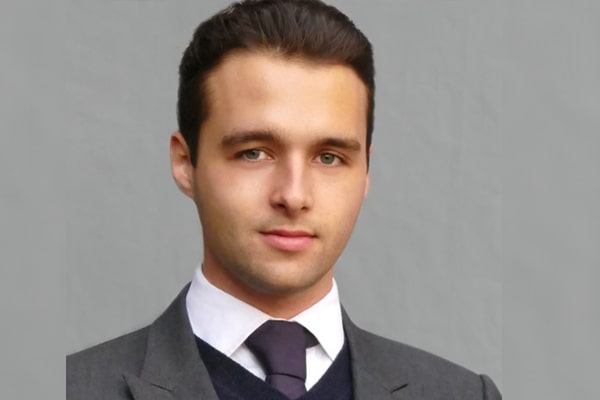 After more than five decades in the musical world, Paul McCartney has made an extraordinary impression amidst people for years. Throughout his years, McCartney married twice and fathered five kids in entirety.

Paul married his first wife, Linda McCartney, in 1969 until she died of breast cancer in 1998. The pair welcomed three kids, including Mary McCartney. Paul McCartney’s daughter, Mary, grew up to become a talented photographer and is married twice herself.

Here, we aren’t to count Mary’s marriage number but talk about her son, Arthur. He is a handsome lad with an aspiring future. Therefore, here’s everything about Mary McCartney’s son, Arthur Alistair Donald.

First Child Of Mary McCartney and Her Ex-Husband, Alistair Donald

Alike Paul McCartney, his daughter also married a few times before settling down with Simon Aboud in 2010. Before Simon, she was married to producer Alistair Donald.

Unfortunately, Arthur’s parents separated in April 2005, and by 2007, his mother was already using her maiden name professionally. Following Mary and Alastair’s divorce, Arthur might have had some difficulty accepting the new norm.

Despite that, Mary’s son had a wonderful childhood, and he is probably very close to his parents and grandparents as well. Moreover, he is the oldest of four siblings, Elliot Donald and his half-brothers, Sam Aboud and Sid Aboud.

Passing the gene is a thing and Mary McCartney’s son, Arthur Donald, seems to have inherited his grandfather’s good looks entirely. Furthermore, Arthur caught the media’s eyes after he and Mary were spotted at Wimbledon in 2018, resembling the younger version of his granddad, Paul.

Likewise, with a soft round face, slim nose, swept hair, and sweet smile, Arthur Donald looked/looks a lot like Paul of the 60s. Not just the appearance but Arthur’s casual vibe also matches his grandpa’s energy.

Therefore, Arthur grew up to have a very close relationship with his legendary grandfather. Mary also uploaded a few pictures of them vibing together back in the days.

Moreover, Paul also accompanied his grandson to the Yale University in 2017, which created berserk on Twitter as he strolled the ground with the teen. As of now, Mary McCartney’s child is also dedicated to building his own career away from the musical world.

Yes, Mary’s boy, Arthur Donald is working as an investment banking summer analyst at Goldman Sachs since June 2020. He previously worked at Beehouse as a summer analyst in 2019 for two months.

Furthermore, the student of Yale University is set to graduate in 2021 with a Bachelor of Arts in History. According to Arthur Donald’s LinkedIn, he also worked at Lucasfilm as a Summer intern in May 2018 for two months.

Other than that, Arthur Donald prefers to keep his personal life private. Therefore, there’s no way to tell if he’s in a relationship or not. Moreover, his Instagram is also a private matter, and his Facebook reveals a handful of pictures.

Interestingly, both his parents are involved in film making, and his beloved grandpa is a legendary singer. But he seems to have deviated from that career path entirely.

Nevertheless, Mary McCartney’s son, Arthur Alistair Donald, is already set to embark on his success journey. Thus, let’s hope to hear more of him in the coming days.

The name Arthur means Bear and has a Celtic origin. Likewise, Alistair has Greek origin, which means man’s defender.