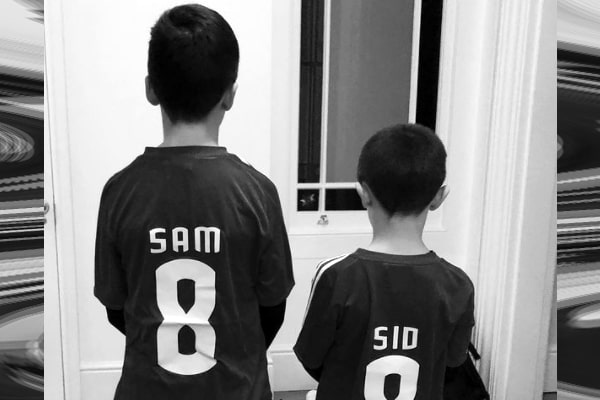 Paul McCartney married twice before settling down with Nancy Shevell. He welcomed four kids with his first wife, Linda McCartney, including Mary McCartney.

Today, Mary McCartney has married herself twice and gave birth to four children altogether. Today, we shall be talking about Mary McCartney’s son, Sam Aboud, with her second husband, Simon Aboud.

As of now, Mary McCartney is happily married to her husband, Simon Aboud. The pair welcomed two sons, Sam Aboud being the oldest. Furthermore, Sam became an older brother after a couple of years n 2011 when the Aboud couple welcomed their second son, Sid Aboud.

Although Sam is the oldest child of Mary and Simon Aboud, he is Mary’s third child. Yes, Sam has two older half-brothers, Arthur Alistair Donald and Elliot Donald, from his mother’s previous marriage.

Sam Aboud also has a half-sister from his father, Simon Aboud’s previous relationship. Well, he maintains a beautiful bond with both his parents and siblings at the same time. Likewise, he enjoys a very healthy lifestyle and has an active childhood.

Mary McCartney’s son, Sam Aboud, is a constant face on his father’s Instagram. However, born on August 11, 2008, Sam prioritizes his privacy.

Moreover, his father, Simon, cunningly shows his 600+ followers about his son’s interests and lifestyle but not his face.

Paul McCartney’s daughter, Mary McCartney, is very private about his personal lives and prefers to keep her children’s whereabouts confidential.

However, thanks to McCartney’s husband, Simon Aboud, we have a little insight into Sam’s childhood and interests.

While going through Simon Aboud’s Instagram, we can see that the 12 years-old is very into sports. Furthermore, at a very young age, Mary McCartney’s son, Sam Aboud, is a soccer enthusiast.

Sam has also won several medals, and his proud father, Simon, once posted the trophy he received when he was named player of the week.

Except for sports, Sam is also a superhero fanatic, and he seems to be a massive fan of spiderman. His father has been posting his spiderman pictures since he was very young. Moreover, he also takes his snacks in a spiderman bag. Well, did we fail to mention Paul McCartney’s grandson, Sam, is also into music and plays Piano?

While Sam dreams of playing in the soccer arena, his brother is more of a creative weirdo. Well, he is just a kid surrounded by massive personalities. Thus, let’s look into who Sam can grow up being inspired from.

As mentioned earlier, Paul McCartney’s daughter, Mary McCartney, struggled a little to find the love of her life. Thus, in the process, she was introduced to her first husband, Alistair Donald, by her brother, James McCartney.

Mary and Alistair dated for three years before setting their wedding date for May 1998. Unfortunately, their wedding was postponed because of Linda McCartney’s death due to breast cancer.

Hence, Mary Anna McCartney and Alistair Donald finally got married on 26 September 1998. Unfortunately, they announced their separation after two babies and a couple of years of their marriage in April 2005. The former Donald couple further revealed that they wanted to reconcile for their sons, Arthur and Elliot, but ultimately divorced.

As of now, both Alistair and Mary have moved on with their lives. Sam’s mother, Mary, started using her birth name in 2007, and by August 2008, he was born.

Interestingly, Mary and Simon waited a couple of years before marrying in a private ceremony in London at Marylebone Register Office on June 12, 2010. P.S. Sam Aboud’s grandparents, Paul and Linda McCartney, also shared vows in the same Register office in 1969.

Well, Mary McCartney’s son, Sam Donald, is an interesting character at a very young age and probably very enthusiastic about life. The superhero fanatic might continue his interest in soccer or follow in his parent’s footsteps in the future. There is time for him to choose a career but until then, let’s hope Sam’s father allows us to see him entirely in the future.

The name Sam means told by God and has Old English origin.