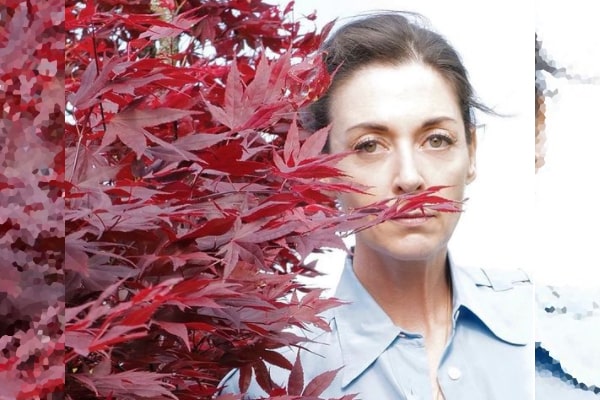 Mary McCartney is a reputed name amongst the photographers as she rose to fame after the official portraits of Tony Blair and Cherie Blair‘s son, Leo Blair was published. Besides the big success, she is also in a blissful marital life with her second husband, Simon Aboud.

Before she settled down with Simon Aboud, Mary McCartney was married to television producer and director Alistair Donald.

Born in 1966, Alistair Donald grew up away from media scrutiny and in a non-celebrity environment. In other words, he has an eerily normal and happy childhood which he refuses to disclose.

Growing up, Alistair’s interests sparked in movies, and thus he worked in a handful of films as director, producer, and writer. Moreover, according to Alistair Donald’s IMDb, he has at least two credits as director for Wingspan and Paul McCartney: The World Tonight (Version 1).

Unfortunately, Alistair Donald’s career did not lift as per his anticipation. As a result, his IMDb was last updated in 2001. As of now, he remains away from the media scrutiny and prefers to keep things confidential.

Though Alistair Donald has successfully kept his life private, his relationship with his former wife, Mary McCartney, swirls everywhere on the Internet.

Thus, let’s find out what it was like to be married to Paul McCartney’s daughter.

Married To Mary McCartney For 9 Years

Aforementioned, Alistair Donald and Mary McCartney were married to one another before finding the love of their lives.

After three years of courtship, the former Donald couple set a wedding date for May 1998. Unfortunately, Mary lost her mother, Linda McCartney, to breast cancer in April 1998. Thus, the pair postponed their big day and finally exchanged vows on September 26, 1998.

Moreover, Mary-Alistair Donald’s marriage was beautiful and took place at Peasmarch Church in Sussex. The former pair looked ecstatic on their wedding day and looked forward to a brighter future.

They enjoyed a blissful marital life for nine years and welcomed two beautiful sons before they called it quit in 2005.

The former Donald pair gave birth to Paul McCartney‘s first grandchild, Arthur Alistair Donald, on April 3, 1999. He is an exact copy of his grandfather when it comes to his appearance.

However, Alistair and Mary McCartney’s son, Arthur Donald’s interest lies in other areas. He is currently working as an investment banking summer analyst at Goldman Sachs since June 2020.

Likewise, Alistair and Mary welcomed their second son, Elliot Donald, on August 1, 2002. Unlike his brother, Elliot has managed to keep his appearance sealed completely and is rarely sighted in any public spaces.

Regardless of the utter privacy, Mary and Alistair Donald’s sons, Arthur and Elliot, grew up under extraordinary circumstances and supervision. Thus, we might as well see them rise higher career-wise in the coming days.

But Arthur and Elliot were younger when their parents announced their separation. So, did you know the reason behind their sudden announcement and their plans to get back together?

Announced Their Split In 2005

Aforementioned,  Mary McCartney’s husband, Alistair Donald, is a private person, but their sudden separation shocked many.

The former Donald couple claimed they were parting ways temporarily in April 2005. The pair wanted to reconcile for their very young children, to understand the family’s sudden atmosphere change.

According to Fazed, Alistair and Mary’s separation resulted from him being ‘plagued by feelings of inadequacy.’ Furthermore, he was increasingly threatened by his partner’s heightening success as a photographer and found it difficult living in the shadow of McCartney’s family name.

Moreover, sources also claimed that the problems also rose as the renovations’ cost to their new home was unbelievably problematic.

By 2008, Mary also welcomed a son, Sam Aboud, with her husband, Simon Aboud. Thus, Mary and Alistair’s attempt to work out their differences must have faced miserable fails.