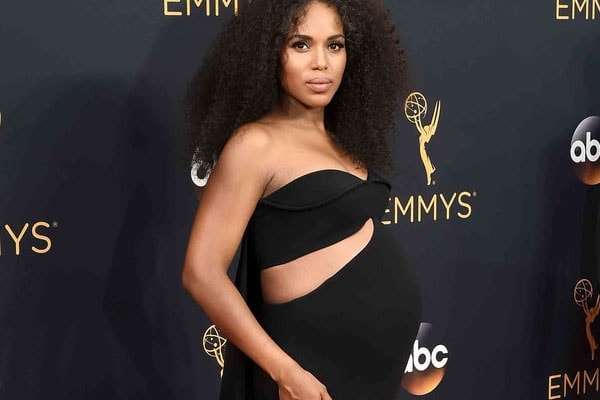 Most celebrities tend to live their professional and personal lives in the spotlight. So, in many cases, the public is able to keep track of their every move. However, once in a while, there are some celebs who manage to pull the wool over people’s eyes, at least as far as pregnancies and babies are concerned!

On this list, you will discover stars that managed to keep pretty much the whole world in the dark about their offspring. Some celebs were able to conceal their pregnancies from the public eye low while others kept their actual children a secret! Let’s take a look at some of the most surprising reveals in regard to celeb babies.

Drake is usually all over social media and just celeb news in general. When he isn’t making waves with his music, he is in the spotlight due to his rumored relationships. Despite this, the Canadian rapper was able to keep his son, Adonis, a secret from the world. In fact, it wasn’t until a rival artist – Pusha T – laid down a diss track that the public was even alerted to the fact that Drake had a child.

Apparently, it’s pretty tricky to get Jones or Koenig to admit to anything! While the pair were rumored to be together, they never actually confirmed their relationship. They also never let any outsiders in on the fact that Rashida was pregnant or that she had given birth! It was only discovered that the pair had a son several months after he was born. It is hard to find people like this anymore…

Zoe Saldana and her husband were pretty open about their first two children – twin boys. However, as Saldana’s fame grew, it made sense that the family would be a lot more careful about the information they shared with the public. This was why the actress and her family told only a small number of people about her pregnancy. It was only after their son was born that she shared the news via Instagram.

The pair Eva Mendes and Ryan Gosling tend to be rather hush-hush about much of their lives together. It even took them a while to reveal their relationship. However, what this famous duo are apparently really good at is concealing baby news! No one clued into the fact that Eva Mendes was pregnant the first time around until 7 months into her pregnancy. The reveal about her second child was even more impressive considering that it only happened once the little one was born.

Jessica Chastain, too, managed to avoid any mention of her little one. This, of course, was probably a little easier since she and her husband allegedly used a surrogate. The rumors of the two-time Oscar winner being a mom only began to surface when fans noticed her pushing a baby stroller around! Even then, the actress didn’t actually confirm that she had had a baby but sources told reporters that she birthed a baby girl.

Apparently, Alexis Bledel and her husband weren’t about to let the world in on their baby news at all. The actress went through her pregnancy and birth without dropping any hints to the public. So, when did people find out about her little one? Well, that would be when her Gilmore Girls co-star Scott Patterson announced the news for her. Bledel and Kartheiser only later confirmed this report.

Queen Bey may have announced the news of her twins impending birth in spectacular fashion via Instagram. However, her first pregnancy was a lot more secretive. In fact, the first time the singer even broached the subject was at the 2011s VMAs where she turned up five months pregnant! Still, her announcement was every bit as impressive and she made sure to show it off.

There might be a reason that Megan Fox had an easier time concealing her pregnancy. This is because it was overshadowed by the news that Fox was getting divorced from her husband – Brian Austin Green. When Fox finally did admit to being pregnant, she actually kept the baby’s father’s identity a secret as well. It did turn out that Green was the dad and the two got back together sometime later.

Unlike many of the other stars on this list, Adele was actually out and about during most of her pregnancy. Despite heading to high profile events, no one actually caught on that she was expecting! It was only when the singer was around two months away from her due date that she and her partner were welcoming a baby boy.

It isn’t all that unusual that this star-studded couple decided to keep their pregnancy a secret. From the very beginning, they were quiet about their own relationship and even tried to keep their marriage a secret.  It was only when Leighton Meester was seen sporting a rather noticeable baby bump that the world had any idea that she was pregnant. Even after their daughter’s birth, the couple goes out of their way to keep her away from the public eye.

This was a rather big deal because the two stars managed to keep things under wraps, despite the fact that they were expecting twins! While this was no small feat, they managed it by spending most of their time with trusted family members and friends. They only felt the need to reveal the existence of their twins after they were born in 2017.

There were few hints to the fact that Donald Glover would be welcoming a child. In fact, at that point, most people didn’t even know the name of his partner! However, pictures of his pregnant girlfriend and later photos of her pushing a stroller soon became public. Even after this, the multi-talented star hasn’t talked too much about his family, preferring to keep that part of his life private.

Fisher and Baron Cohen have always been a rather private couple. However, they took it to the next level with their second child. Even though Fischer had to don a corset for filming during her first trimester, she still didn’t reveal her pregnancy. She also kept her pregnancy a secret from co-stars despite overwhelming morning sickness. The couple later welcomed their baby in August 2010.

Ali Larter rightly realized that the only way to keep the press away from any signs of her pregnancy was to leave the country. So, that’s just what she did. In 2009, Larter went to Europe with her husband to get away from any impending rumors. About four months later, though, she returned to the States. After this, pretty much everyone was in on the secret.

Kerry Washington isn’t just the keeper of secrets on her TV show Scandal. Apparently, she does it in real life as well. The actress has always been secretive about her personal life, including her marriage to Nnamdi Asomugha. However, she really kicked things up a notch for both her pregnancies. She tried to conceal her baby bump as much as possible until it became obvious. Even then, after the birth of her daughter, Isabelle Amarachi Asomugha and son, Caleb Kelechi Asomugha, Washington continues to keep them out of the spotlight.

Hilarie Burton and Jeffrey Dean Morgan don’t really divulge too much about their relationship. After all, it took many people to catch onto the fact that these two stars were even together. The stars also decided to be just as elusive when it came to news of their first child. One of the biggest reasons that they were able to pull this off was the fact that Burton wasn’t photographed publicly for her entire pregnancy. So, it was a surprise when they announced the news of their son’s birth.

Keri Russell doesn’t just play at being a spy, it turns out that she is actually rather good at keeping her own secrets. When the actress was pregnant with her co-star Matthew Rhys’ baby, she was able to hide it even while filming. Of course, this did take some creativity on the part of her co-stars and crew but the secret was well-kept. That was until another one of her colleagues, Noah Emmerich unwittingly revealed the news during an interview.

Laura Linney had good reason to delay revealing the news of her pregnancy. As an older mother, she worried about the health and safety of her baby and didn’t want to share the news until she was absolutely certain about the pregnancy. It was only after her son was born that the actress decided to make the wonderful announcement.

These are some of the best-known stars that went to considerable lengths to keep their baby bumps hush-hush. Sure, some were more successful than others but in Hollywood, being able to keep anything under wraps at all is quite a feat!

Follow ecelebrity mirror for updates on celebrity babies and entertainment.