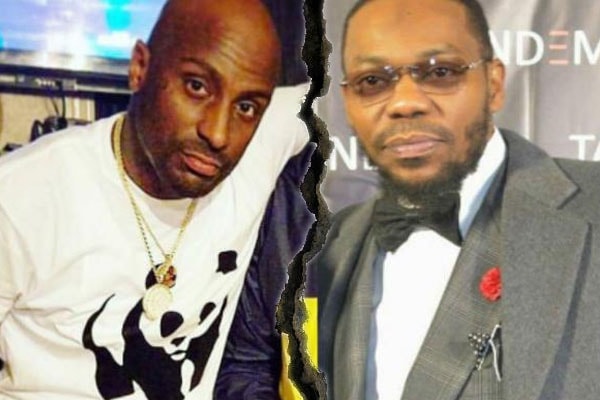 Philly rappers, which used to be the tightest group of rappers, has now broken into pieces. Its members are always at each other’s throats and the existence of the group is essentially over. And at the center of this group struggle are Beanie Sigel and Oschino.

While it seemed like their blood feud was over which is back in full flow again as the two are back at each other’s throats. And at the center of this feud is the accusation made by Sigel, calling out Oschino for being gay.

The feud between the two started way back in 2014 when Oschino posted a picture of the Philly rappers Freeway, Beanie Sigel, and Young Gunz on Instagram and said that you don’t need enemies when you have such friends. This set off Sigel, who responded by calling Oschino a gay.

WITH THESE KIND OF FRIENDS YOU DON’T NEED ENEMIES LOL

After this, the bad blood between the two took off and there was no turning back. Oschino blasted Beanie for stealing money from the group and labeled him a thief. According to him, Beanie, who was the leader of the group, took all the money that was supposed to be distributed amongst the group.

Oschino even called out other members of the group, calling them “pu**ies” for not standing up for themselves and staying quiet. The feud got so intense that he even took a shot at Jay Z, who was associated with the Philly rappers for a very long time.

Since then, the feud had died down and Oschino had become close with all the members of the Philly rappers, especially Freeway after he suffered from kidney failure. He also became close to Beanie as the two were spotted together on multiple occasions.

But they are now back at each other’s throats again as when an Instagram user stated that she was transsexual and she regularly has sex with Oschino and Beanie posted it on his account and called Oschino “a gay a** fa**ot”. Oschino posted a lengthy reply and stated accused Beanie of creating a fake account and trying to prove him gay. 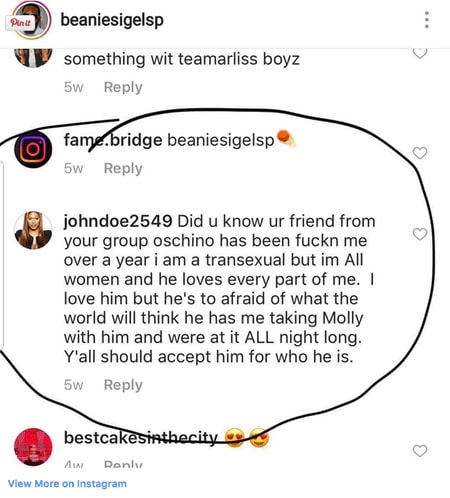 After this, Oschino again posted a picture on Instagram of a transsexual person with Beanie’s head photoshopped on it. Clearly, this feud between former Philly rappers is off and rolling, and it is set to make headlines for a very long time.