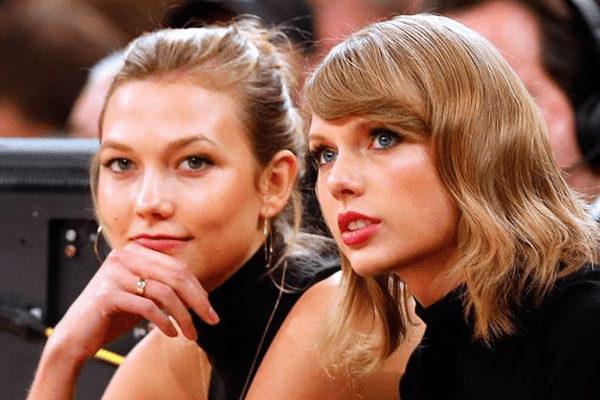 Pop star Taylor Swift is one of the most successful music artists in the world. But with that success, she has also made a lot of enemies. While probably her biggest feud was with Katy Perry, she has also had feuds with the likes of Kim Kardashian, Demi Lovato, and Kanye West. We can now add another name to this ever-growing list of Taylor Swift’s enemies, and that name is Hailey Baldwin. So, what could be Hailey Baldwin and Taylor Swift’s Feud about?

News of there being bad blood between Taylor and Hailey, who recently got engaged to Justin Bieber, has reached a tipping point after Hailey threw some shade at Taylor on Instagram.

A Twitter handle with the name Swiftie posted a picture of Taylor and asked if anyone would smack her “a**” for $835 billion. A meme Instagram account named mememang posted a picture of this tweet and said he’d do that for just a tea from McDolands. 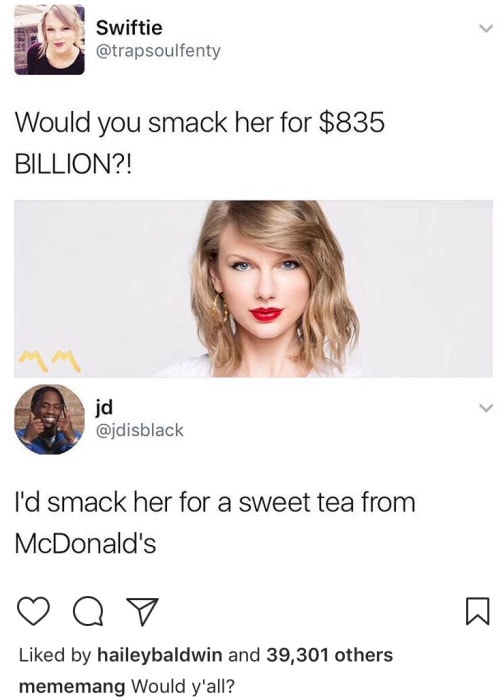 While all this trolling was harmless, things got interesting when Hailey Baldwin liked that Instagram post. This blew up new outlets and social media as everybody believed that Hailey was throwing shade at Taylor and there was beef between the two. This could have been just a random like from Hailey but past developments between the two suggest otherwise.

We first got a hint of the dislike between Taylor and Hailey in 2012 when Hailey tweeted that Taylor Swift and Harry Styles were the worst couples of 2012. This led many to believe that Hailey genuinely disliked Tylor Swift. 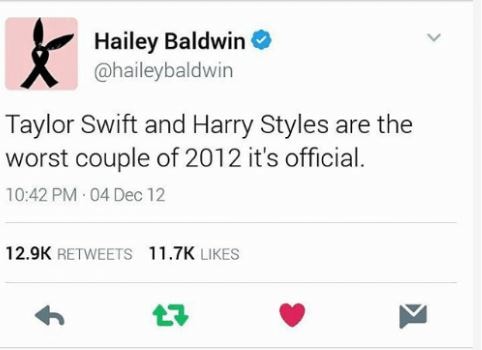 This was further evident when Hailey sent out another tweet in 2012, where she satirically called Taylor “the best”, showing her hatred towards the “Blank Space” singer.

Taylor Swift is just the best I mean come on…

While things were quiet for some time, this rivalry was back in full flow in 2016, when during a 2016 interview with Yahoo7 Be, Hailey blasted Taylor Swift’s squad for trying to hog the spotlight. She said she didn’t really understand the existence of her squad, questioning why she needed to carry a squad of girls to every event.

This came as a shocking revelation since two of her best friends Kendall Jenner and Gigi Hadid are also members of Taylor Swift’s squad. Many speculate that this is due to Hailey not being invited to the squad, but she says she just doesn’t understand the squad.

Looking at everything we know, it seems this supposed rivalry is one dimensional since Taylor has never retaliated against Hailey. This means rather than there being bad blood between the two, and it’s just Hailey that hates Taylor for reasons unknown to us. And it seems this hatred is far from over.