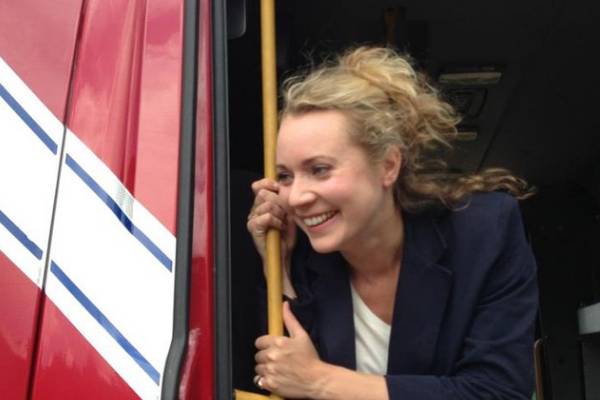 Shaun Mark Bean is a renowned actor who has had the fortune to work in the two most-watched franchises, The Lord of the Rings (LOTR) and Game of Thrones (GOT). Having begun his acting career at a young age, Sean Bean has climbed up the ladder to establish himself as one of Hollywood’s superior stars. Today, there is hardly anyone who does not recognize the actor.

Sean’s professional life has undoubtedly served him well, but we agree that his personal life could have been much better. Unfortunately, the actor’s troubles are not unheard of, ranging from being banned from pubs for noisy behavior to being arrested on harassment charges. Oh, and how can we forget the multiple divorces.

While his past divorces had little impact on his profession, his divorce with actress Georgina Sutcliffe was a different scenario. However, as of late, the actress has completely vanished from the limelight, leaving her admirers to wonder about her whereabouts.

So, let us learn about Sean Bean’s ex-wife in this article.

Also Read: Learn About Brenda Ladun’s’ Husband, Doug Bell Who Is A Sportscaster

Sean Bean and his numerous marriage scandals are no secret. On April 11, 1981, he married his high school sweetheart, Debra James. However, Debra and Sean’s marriage was short-lived, and they divorced in 1988.

He then moved on with actress Melanie Hill, and the two tied the knot on February 27, 1990. The ex-pair welcomed daughters Lorna Bean and Molly Bean before divorcing in August 1997.

The actor then married actress Abigail Cruttenden on November 22, 1997. Their daughter Evie Natasha Bean was born less than a year later. Less than three years after exchanging wedding vows, the couple divorced in July 2000.

It was then that the actor met Georgina Sutcliffe. The pair met in 2003 at a bar in a London theater where Bean was playing Macbeth. Even after three failed marriages, Sean took a chance at love again and started dating the actress in 2006.

After going out for around two years, the pair decided to take the next step in their relationship. However, the LOTR star called off their wedding for personal reasons on the eve of the ceremony. Nonetheless, the then-couple married on February 19, 2008, at the Marylebone Town Hall in London.

As husband and wife, Sean and Georgina were frequently photographed and attended numerous award ceremonies. In front of the cameras, everything appeared to be going okay, so their separation announcement on August 6, 2010, came as a surprise.

At present, Sean Bean lives a blissful marital life with Ashley Moore. However, Sean Bean’s ex-wife has avoided the limelight following their divorce. So, whether or not Sutcliffe has moved on and found her soulmate is unknown.

Sean and Georgina divorced on August 6, 2010, as previously indicated and a decree nisi was issued on December 21, 2010. While the former couple has not disclosed the reason for their split, many believe it was due to harrasment issues, as the actor was later arrested for it.

Sean had been accused of harassment on multiple occasions while the pair were together. However, this problem continued well after they split in 2010. Then, in May of 2012, the LOTR star was arrested on suspicion of harassing phone calls and abusive text messages directed at his ex-wife. The GOT star was later released on bail.

Even after the tumultuous relationship scandal, the press later spotted the former duo spending a romantic vacation in Rome, Italy, in 2013. Still, nothing came out of their special getaway, and they split for good in the end.

Has Acted On Numerous Occasions

Sutcliffe attended the Royal Academy of Dramatic Art in London to pursue her acting career. The actress began her career by playing different roles in television series. While she has worked in numerous television series and movies, she initially rose to fame after tying the knot with The Lord Of The Rings star Sean Bean.

Despite this, she has blown the minds of her admirers with her incredible acting talents in the few roles she has had the fortune to play. Some of her works are listed below, along with their timelines and the roles she played in them:

While the series and films mentioned above did give her some fame, the actress has yet to land a career-defining role. However, if she wants to continue acting, the star will undoubtedly get many more acting opportunities with her stunning appearances and acting skills.

For that, we wish Sean Bean’s ex-wife the best and hope to see her starring in more series and movies in the future.

Has Disappeared From The Spotlight

Georgina Sutcliffe rose to fame because of her association with actor Sean Bean. The blonde beauty relished the media attention and was frequently photographed with her partner on various occasions.

However, the actress has kept her distance from the limelight in recent years. She is also not active on any social media platforms, so her current whereabouts remain a secret.

Still, we hope that Sean Bean’s ex-spouse is in good health and that we get to learn more about her as the years progress.