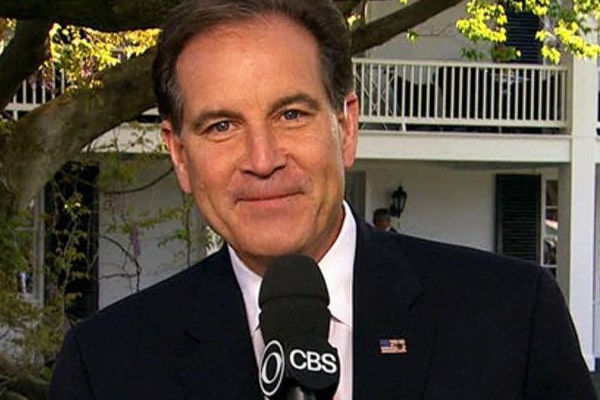 The name Jim Nantz, born James William Nantz III, is not new for the sports lovers. Nantz is a successful American sportscaster who worked on the telecast of various sports events since the 1980s. He served as a sports analyst of the NFA, NCAA Division I men’s basketball, and the PGA Tour for CBS Sports. Besides a fantastic broadcasting career, Jim is also famous as an author. Nantz is the author of the book Always By My Side.

Ann-Lorraine Carlsen Nantz took the wedding vows with the sports analyst, Jim Nantz in 1983. They lived a happy life far from the reach of the media eyes in Westport, Connecticut. However, after twenty-six years of their married experience, Jim and Ann-Lorraine eventually ended their marriage with a divorce in 2009.

During the togetherness of Jim and his ex-wife, Ann-Lorraine, they gave birth to an adorable daughter, Caroline Nantz, in 1994. Their daughter, Caroline, attended Staples High School and later enrolled at the University of Southern California for her further studies.

Currently, the daughter of Jim Nantz and his ex-wife, Ann-Lorraine ‘Lorrie’, is a production assistant at CBS Studio Center. Before joining CBS, Caroline was an intern at NBC, CBS News, and Late Night with Seth Meyers.

However, their child’s arrival did not help mend Jim and Lorrie’s cracking relationship. They parted their ways away anyway and took the joint custody of their then-fifteen-year-old daughter, Caroline.

America’s one of the most prominent sportscasters, Jim Nantz and his estranged wife, Ann- Lorraine, filed for a divorce in 2009. They tried to keep their marital life ongoing with the help of a marriage counseling service. However, they failed in it. So, they decided to separate officially.

Jim Nantz’s divorce with his first wife, Lorrie, was quite costly for him. Ann-Lorraine demanded more than $1.5 million per year in alimony and child support. However, as per the divorce decree, Jim must pay $916K yearly to his baby mama. Moreover, Lorrie got their Connecticut home as well after their divorce.

According to various sources, the primary reasons for the ex-couple’s divorce were Ann’s lavish spending habits and lack of interest. Most of the years, Jim prioritized his family obligation and put Ann and their child together first. However, they lose their same ardor for their partners after staying for long years together. Consequently, Ann and Jim separated legally.

After untieing the marital bond with Ann-Lorraine, Jim Nantz married his long-time girlfriend, Courtney Richards. Yes, Nantz was already in a romantic relationship before his official separation with Lorrie. The two met while Richards was an employee at IMG in Sports Marketing.

Jim Nantz supported Courtney while she was financially low and struggling in her life. Similarly, Richards also gave Nantz strength to battle during his stressful period. Several meetings and feelings for each other made them closer, and the two started dating.

CBS sportscaster and Ann’s ex-husband Jim proposed Courtney with an engagement ring on 14 September 2010 while on vacation at the Bush compound Walker’s Point in Maine. But, the couple took some time to understand each other before heading for marriage.

Currently, Jim and Courtney live a contented life in their Pebble Beach Mansion with their two kids, Jameson Nantz and Finley Cathleen Nantz. However, it is unknown to the public if Jim Nantz’s ex-wife, Ann-Lorraine, is single or married with another guy. She is living a secret and healthy life away from the reach of prying eyes of the press.