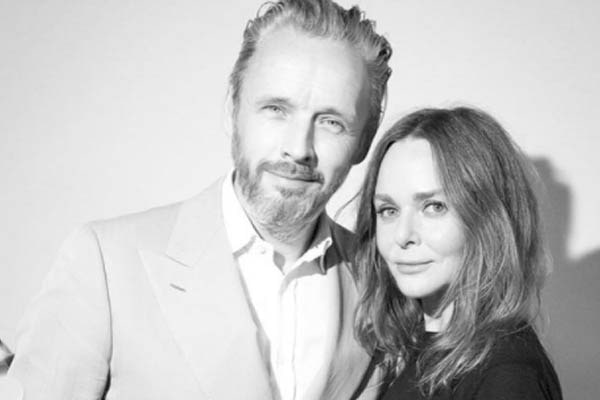 The legendary English musician Paul McCartney‘s daughter, Stella McCartney, is a world-known English fashion designer. A lifelong vegetarian, McCartney has her own label, which she launched in a partnership with Kering as a 50/50 joint venture. At the moment, Stella McCartney operates over 50 stores in different locations which sell ready-to-wear, accessories, lingerie, fragrance, and kids’ clothes. Moreover, McCartney is a celebrity fashion designer whose clients include several acclaimed personalities like Kate Hudson, Liv Tyler, Kate Moss, and Gwyneth Paltrow.

Beautiful and talented Stella McCartney is in a marital relationship with the former creative director of Hunter Boots Ltd, Alasdhair Willis, since 30 August 2003. The romantic couple is parents to four children, two sons, and two daughters. Here, learn some more about one of Stella McCartney’s daughters, Reiley Dilys Stella Willis, who is also a close friend of David Beckham‘s daughter, Harper Seven Beckham.

Reiley Dilys Stella Willis was born to fashion designer Stella McCartney and former publisher Alasdhair Willis on 23 November 2010 as their youngest child. Stella McCartney’s representative confirmed to the People magazine that Reiley arrived in London weighing at 8 lbs. The proud parents, Stella and Alasdhair, gave her middle name after her grandfather, Paul’s aunt, Dilys Mohin, who passed away a year before her birth.

Stella McCartney’s youngest child, Reiley, also shares a great passion for music with her maternal grandfather. She, along with her elder siblings, loves singing and dancing to his tunes. Moreover, little Reiley enjoys going on outings, horse riding, rock climbing, and visiting several places with her parents and siblings. Being the youngest child of Willis and McCartney, she might be getting extra affection from her family members.

Her Parents Prefers To Keep Her Away From Paparazzi

Reiley’s celebrity mom and dad, Stella and Alisdhair, prefer to keep her completely away from the media’s reach. They fear that their daughter, Reiley, might not be able to live a normal life once she gets in the prying eyes of the media. So, she never shares any pictures or videos of her daughter, Reiley, and her other siblings.

Furthermore, most of Stella’s admirers might know well that she is a close friend of David Beckham’s wife, Victoria Beckham. The two famed fashion designers, McCartney and Mrs. Beckham, met when David hired Stella’s partner, Alasdhair as a style consultant in 2010. The two are very close ever since. Moreover, at present, Stella McCartney’s daughter, Reiley Willis, and Beckham’s daughter, Harper, also seem to be best friends. The two young ladies became friends after their mothers set up a play club for them.

In 2017, the Beckham and McCartney-Willis family were invited to Buckingham Palace to celebrate Harper’s 6th birthday party. Later, the Beckham couple, who never hesitate to flaunt their kids on media, shared some photos of Harper’s special moment. However, in one photo, Harper was with her five friends, including Stella McCartney’s daughter, Reiley Willis, which caused a bit of stir. It made the concerned mom, furious as she chooses to keep Reiley out of the public eye.

So, for now, Stella McCartney’s little girl, Reiley, is enjoying a normal life behind the camera. She appears in public places together with her mom sometimes, but no one ever dares to reveal her face out in their articles.

The Irish name Reiley means courageous. Similarly, the feminine given name Dilys is of Welsh origin, meaning genuine and valid. Furthermore, Stella is of Italian and Latin origin, which means star.