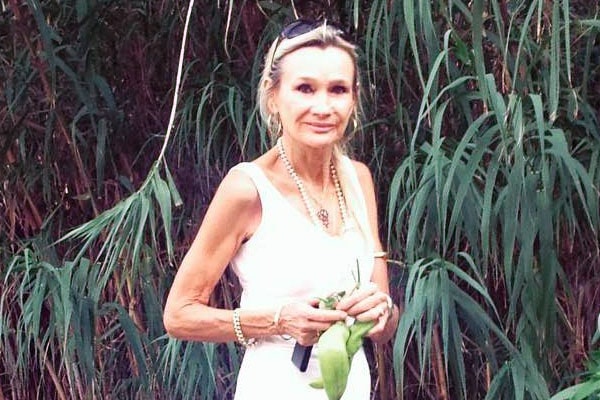 Sir Richard Branson is a famous English business tycoon known for his Virgin Group and having its tentacles spread in several hundred companies worldwide. Recently, he became the first person to ride into space aboard a supersonic space plane, developed by his company, Virgin Galactic. One of the coolest billionaires, Richard Branson, is also an author and philanthropist. Moreover, he is a devoted family man with a loving wife, two grown-up kids, and five grandkids.

Currently married to Joan Templeman Branson, Richard Branson was previously in a marital bond with an American lady named Kristen Tomassi. They were together as a husband and wife for seven years, from 1972 to 1979.

Here, learn more about Richard Branson’s ex-wife, Kristen Tomassi, and her life after separating from Branson.

The Southport, Connecticut, born Kristen was 20, while Richard was 21 when the former couple tied their knot. Moreover, Richard Branson’s ex-wife, Kristen Tomassi, was an architecture and design student at that time. Talking about Branson, he was already gaining success at such a young age. He had turned the Manor House into a recording studio and hotel. Also, he was the head of Connaught Publications, Ltd, Caroline Records, and its then-subsidiary, Virgin Records.

However, they could not live together for long as various marital issues surrounded their relationship since they married. As mentioned by Richard Branson in his autobiography ‘Losing My Virginity,’ he and his former wife, Kristen, had a strange sexual allergy to each other. He noted that whenever he and Tomassi made love, a painful rash spread across his body, which would take almost three weeks to heal. The now-estranged pair even consulted numerous doctors, but it did not help them. Branson even had a circumcision hoping it will stop the reaction, but it also did not resolve their problem.

Eventually, Richard Branson and Kristen Tomassi parted their ways away and divorced later in 1979.

Before deciding to separate, Richard Branson and his then-wife, Kristen Tomassi, had even tried an open marriage. Branson switched his wife with the English singer-songwriter Kevin Ayers‘s then-partner, Cyrille Ayers. However, Branson and Cyrille’s chemistry did not go well. In contrast, Kristen and Kevin hooked up. She ran off with Ayers to Hydra without Branson’s notice and married him. But they divorced later as Kevin could not provide the kind of security Kristen wanted.

After divorcing from Ayers, Kristen Tomassi married Axel Ball, a rich German property developer. He was the business partner of her former husband, Richard Branson, as he owned the Belmond La Residencia, a hotel in the center of Deia. Currently, the married pair lives in Mallorca, Soller enjoying their senile years in its natural surrounding.

While Richard Branson’s ex-wife, Kristen Tomassi, is happy with her current husband, Alex, Richard is happily married to Joan Templeman Branson since 1989. They started dating one another when Richard was still married to Kristen and Joan was married to her first husband, Ronnie Leahy. Joan and Richard began living together only after their divorce from their former spouses.

Together Branson and Templeman have two grown-up kids, Holly Branson and Sam Branson. Moreover, they are grandparents to five little kids of their children, two from Sam Branson’s marriage with Isabella Calthorpe, and three from Holly’s marriage with Freddie Andrewes. Currently, they are living a blissful life at their private island, Necker Island.

A Mother To Two Kids

Kristen Tomassi did not have any kids with Richard Branson due to Branson’s bizarre sexual allergy. Moreover, they even did not decide to adopt any while they were together. But, Tomassi has a daughter named Galen Ayers with her former partner, Kevin. Currently, Ayers is pursuing her career in the music industry and lives with her husband, Stephen James Hopkins.

Similarly, Kristen Tomassi has a grown-up son named Nicholas Ball with her current husband, Axel Ball. He serves as a real estate agent at the moment and is in a marital relationship with Nadine Hawa. Moreover, Kristen is a proud granny to her son’s two adorable kids, Alexander Ball and Adriana Ball.

Both Richard Branson and his ex-wife, Kristen Tomassi, are happy with their present relationships. We hope they and their new family are close to one another and share a great bond.