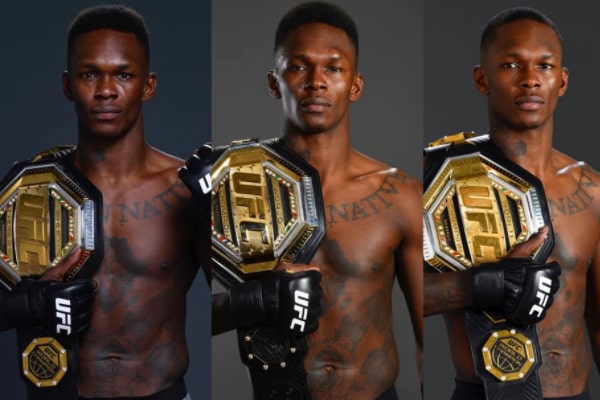 The Ultimate Fighting Championship’s middleweight champion Israel “The Last Style Bender” Adesanya has already accomplished much in his career. The professional mixed martial artist is a Nigerian-born New Zealand fighter who also is a former kickboxer and boxer.

The 31-year-old is UFC’s next big thing as his rise to fame didn’t take much time. The fan-favorite Adesanya is currently one of the biggest MMA stars and regarded as the best striker in the business.

The Lagos-born fighter is the no.4 ranked pound-for-pound male fighter in the UFC. With all that said and done, Israel Adesanya’s net worth is estimated to be millions, mostly earned from his MMA career and endorsements. The UFC fighter is also an ambassador for Stake.Com. Likewise, he also endorses online betting company at 22bet sports.

Below let’s look into the UFC champ’s income sources that add up to his net worth.

Earning Seven Figures In The UFC

Born as Israel Mobolaji Temitayo Odunayo Oluwafemi Owolabi Adesanya, the 31-year-old has amassed 21 wins and 1 loss in his MMA career.

It is definitely without a doubt that the middleweight champion is earning some heavy numbers in the UFC. Below are some of Adesanya’s paychecks from his MMA career: –

The Last Style Bender’s highest payout was when he fought the UFC Lightweight champion Jan Blachowicz in which he fell short of victory. The win would have made the 6’4″ fighter two-division champion.

The City Kickboxing fighter has earned a total of $6,693,500 in his MMA career so far. As he is one of the biggest UFC stars, Israel Adesanya’s net value is sure to bump up in the days to come.

Puma’s first-ever sponsored MMA athlete is the Nigerian-born fighter. The announcement of the multiple-year deal surfaced a few days ahead of his bout with the Brazilian beast Paulo Costa.

Puma’s deal with the UFC champ is very lucrative since their recently sponsored star athlete Neymar is getting a mammoth $25 million yearly. With his deal, Israel Adesanya’s net worth is sure to increase in the coming days.

Australia-based athleticwear online apparel store operates worldwide but is most popular in New Zealand and Australia. ENGAGE focuses on combat sports apparel and gears that include a variety of products.

From accessories to t-shirts, hoodies, tank-top, and many more, the brand has a wide customer following and has endorsed some of the finest fighters of the region. E-Series Pastel Head Protective Guard, priced at $99.95, is its most priced product.

Israel Adesanya is one of the star attractions of Engage, as he has his own signature line of t-shirts, hoodies, and even accessories. Some other fighters endorsed by the company are Alexander Volkanovski, Kai Kara-France, Dan Hooker, and Junior Fa.

Since it is mostly Australian and New Zealand based, we can assume the 2019 Halberg award winner for New Zealand Sportsman of the Year is receiving some good pay.

Earnings From Other Deals

Aside from UFC, the Puma and Engage sponsorships are the most contributor to Israel Adesanya’s net worth. Despite such major endorsements, the 6’4″ fighter has other sponsorships as well.

One of his most recent deals is becoming the ambassador for Stake.Com. Furthermore, the crypto world’s biggest betting site also ventures into the sponsorship market.

Peak Milk, a company involved in manufacturing full rich and creamy milk fortified with 28 vitamins and minerals, has also endorsed the Lagos-born fighter. It benefits in getting a stronger body and sharper mind.

The multiple MMA award winner was the perfect fit as the company is based in Nigeria.

Israel Adesanya’s fortune is put to good use as he is one of UFC’s highest earners. His most priced and valued asset might be his four-wheeler, along with his anime memorabilia.

The Last Style Bender owns an orange McLaren 720s Spider, which is valued at over $650,000. This model has a 4.0-liter V-8 engine drive train named “Kurama,” referring to the anime Naruto.

With all that said, Israel Adesanya recently won his rematch with Marvin Vettori in UFC 263 for the middleweight title. The fight card also included the rematch between Deiveson Figueiredo and Brandon Moreno.

We wish the best to Izzy for his upcoming fight and general well-being. It is only a matter of time when we see Israel Adesanya’s net worth increase in the days to come.