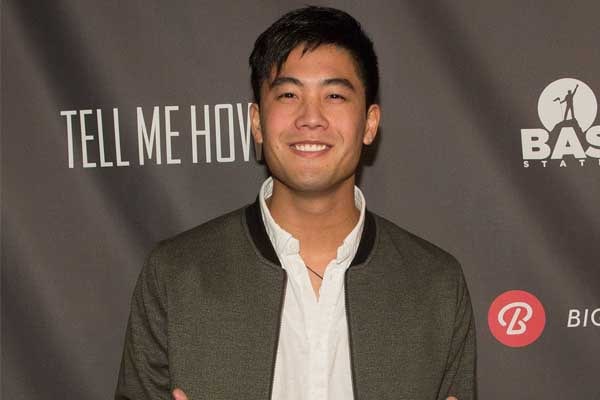 Ryan Higa aka nigahiga is a YouTuber best known for his comedy. Image Source: Getty Images.

Born on the 6th of June 1990, Ryan Higa is an American actor, writer, and director best known as nigahiga. He started off his career as a YouTuber on July 21, 2006. Now nearly a decade later, with more than 21.4 million people subscribed to his channel, he has successfully become a name to be reckoned with.

Over the past years, we have seen Ryan growing, becoming a better version of himself. He has managed to grasp his fan with his humor and charm. But we are not here to talk about him nor his success we are here to talk about his love life, so without further ado, let’s get on to it.

Ryan’s fans must already know who his girlfriend is, but if you are not aware, then Ryan Higa’s girlfriend’s name was Arden Cho. Yes, was, we have used that term because the pair is no longer together. But before telling you how the couple parted their ways, first, let’s get to know a little something about their relationship.

Ryan and Arden had dated even before rumors of them being together came out. Finally, in 2019 sources confirmed that the pair was in a relationship. They had a lovely thing going on between them as they were seen countless times holding hands in the public. Ryan and Arden used to upload lovely pictures of the two spending quality time together on various public platforms. Everything seemed perfect between the ex-pair, so, what went wrong?

To put it in a simpler way, we too don’t know what happened between the ex-couple as we are also curious to know why they parted their ways. However, it’s confirmed that the duo is no longer together. On March 15, 2020, Ryan himself confirmed in a video that he was currently dating nobody.

It was a sad thing to hear as fans have come to love the chemistry between the actress/ Youtuber Arden and our beloved Ryan. Apart from that, Ryan mentioned that his break up with his ex-girlfriend was not ugly, and the two parted ways on a friendly note. Well, he exactly said it was a mutual decision, but whatever the reason was, it left his fans heartbroken.

Hence, Ryan Higa’s ex-girlfriend Arden Cho is no-longer dating him, which is sad. So, let’s hope the ex-pair comes to another mutual decision of dating each other again. Until that, stay in touch with us ‘coz we upload and update our contents daily and will inform you as soon as something new comes up about their relationship.

Well, this is not the first time that Ryan parted ways with someone. He was previously in a relationship with his ex-girlfriend Tarynn Nago. Let’s hope that the talented YouTuber will soon find his perfect soulmate.