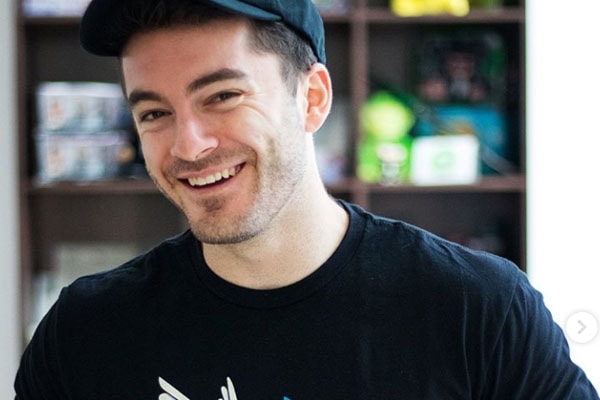 The American YouTuber and Video game developer, Jordan Maron’s net worth is estimated at $8 million. He is famously known as YouTuber CaptainSparklez. His net worth is accumulated from his YouTube Video Channel, Merchandise and Gaming Company.

CaptainSparklez made his fortune by posting short videos of him playing Minecraft games in his YouTube Channel. His videos have earned 1.9 billion views and nearly 10 million subscribers as of January 2019.

CaptainSparklez’s Net Worth And Earnings

The famous YouTuber Jordan has a net worth of $8 million. As his videos became popular, he proceeded to create another channel by his nickname Captainsparklez 2 in 2015. Within three years, he has got more than 568k subscribers and a million viewers. Through videos, his familiarity grew wide and thus his fame. He once tweeted that he had a gaming disorder in High School, but this helped him achieve a stable career.

I had a gaming disorder in high school and to the horror of everyone around me I ended up with a bunch of cool like minded friends, and a stable career. Scary stuff.

Besides his YouTube Channel, he also started a  music channel titled “Maron Music.” It promotes and creates original music. He has also made a vlogging channel. After several ups and down, in 2018, he returned to his original channel with the new title “Jordan Reacts.”

The Minecraft Star also owns a Mobile Gaming Company, XREAL, Inc. located in San Monica, California, United States. He partnered with Howard Marks who is the co-founder of Console Company Activision. After establishing the company in 2015, Jordan and Howard released their first game, Fortress Fury in May. Their game in first three months was downloaded 2 million times in Android and iOS devices.

Cool, isn’t it? Watch one of his example of Minecraft video.

Bought A Mansion In Hollywood Hills

Jordan Maron has bought a Mansion in the Hollywood Hills for $4.6 Million. Jordan Maron got his own three-story luxury house. How glad and proud he might have been! It makes us pretty sure that he is well-off as a YouTuber. This is the evidence how much money YouTubers like Jordan make by posting short videos and coming up with good ideas on their channels.

CaptainSparklez has got some amazing collections of branded cars. He recently bought a 2018 Ford GT in a Miami Blue Paint. He shared his first meeting with a car, expressing his excitement to explore his new mate, Miami. No doubt, the Youtuber is spending a luxurious life.

Sand is kinda like snow except it’s coarse and rough and gets everywhere pic.twitter.com/SRKCChmSwV

Beside his YouTube Channel, CaptainSparklez earns extra money by selling merchandise. He sells a T-Shirt, iPhone Case and Sticker and many more. Here we have some of the products provided by Jordan Maron with their respective prices.