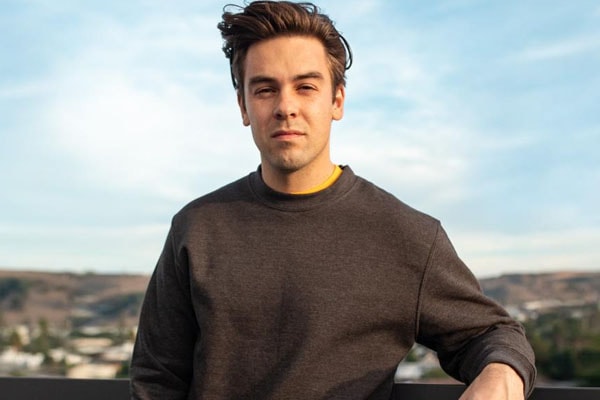 The YouTuber, Cody Ko has an estimated net worth of $4 million. Image Source-Fanjoy

Cody Ko is an American YouTuber whose real name is Cody Michael Kolodziejzyk. He is also an actor, comedian, and cloud rapper. His net worth was estimated at $1.6 million in 2019. As of 2020, he has a massive net worth of $4 million. It is accumulated from his YouTube channel and his merchandise.

Earning As A YouTuber

As stated above, the YouTuber, Cody Ko’s net worth, approximates over $4 million. He piled up an astounding net worth most probably from his YouTube career. He has a total of four YouTube channels. As of 2019, his main channel ‘Cody Ko‘ had over 2 million subscribers and more than 261 million views. Now, he has more than 4.88 million subscribers that’s pretty huge, to be honest.

According to Social Blade, Cody Ko’s monthly earning ranges from 7.8K to 124.1K. It generates an estimated revenue of 93.1K to 1.5 million in a year. He even makes extra money from the ads that appear on his channel.

Surely, Cody Ko earns an abundance of money from the channel. He has got a bunch of viewers. Cody Ko’s other three YouTube channels are Cody & Ko, Tiny Meat Gang, and Insanely Chill. Well, Cody’s all these channels have 837k, 631k, and 246k subscribers, respectively.

Well, we can tell Cody ko is making a great platform in the YouTube Industry. He probably has a satisfying income from the other three YouTube channels hosting podcasts and posting short skits, too.

Besides his YouTube Channel, Cody Ko makes extra money by selling his merch on KO-OFFICIAL as well. His subscribers and fans buy most of his merch. Some of his merch with its respective prices are listed below:

So, his merchandise sales play a significant part in his net worth too. If you are interested in checking out his merch collection, you can click the above link and do some online shopping.

Alongside his YouTube Channel and merchandise, he is involved in the acting career. Cody ko is the actor and director of the series Camp Unplug. This series has an estimated box office of $100,000. Not only that, Thoughts and The Real Bros Of Simi Valley are his latest series of movies. His involvement with multiple sectors certainly boosts up his net worth.

fun in the sun

So, where does Cody spend his money? Of course, in the basic and fun kinds of stuff like vacationing with his girlfriend, Kelsey Kreppel. Cody Ko’s girlfriend is also a YouTuber. Kelsey’s net worth also includes her earnings from YouTube only.

But Cody Ko’s net worth stands at $4 million as of 2020. He made a successful career and is perhaps still flourishing to be one of the best YouTubers in the world.