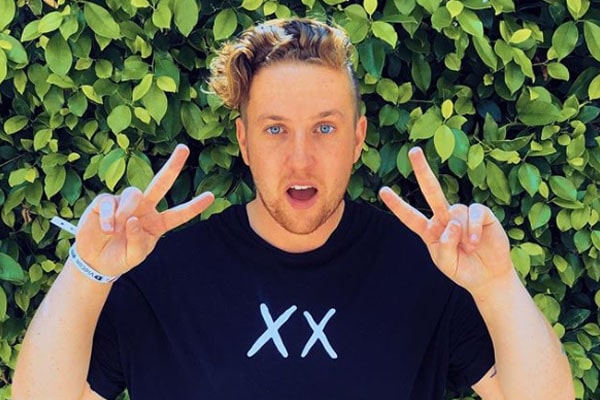 The world was taken aback by the tragic news of YouTuber, Corey La Barrie’s death. The late Barrie amassed a huge fan following during his YouTube journey and established excellent relationships with fellow YouTubers such as David Dobrik. Throughout the short journey, Corey La Barrie’s net worth had proliferated significantly.

Born in 1995, Corey had grandly touched many people’s lives. His friends and families loved him much, which made his early passing a great misery. But since death is predetermined, no mortal being is obliged to it. So accepting the fact and celebrating the life and smiles Corey passed on to us, let’s look into Barrie’s earnings.

Corey La Barrie’s Net Worth and Earnings As An YouTuber

Corey La Barrie was one of the most beloved YouTubers and social media influencers. His natural ability to connect with the audiences made his audiences love him more. Since the launch of the channel “Corey La Barrie’ in 2014, Barrie’s net worth has risen substantially along with his fan base.

According to Social Blade, Corey La Barrie’s earnings from his YouTube Channel was $6.2K – $98.9K per year. Appreciating 367K subscribers, he earned $515 – $8.2K per month. Although the exact number of La Barrie’s net worth is not published yet, he had sufficient to live a comfortable life away from family. Corey had uploaded 231 videos, which were vlogs, pranks, Q&As, reaction videos, etc. along with his friends, Kian Lawley, Jc Caylen, etc.

The most viewed videos of Corey La Barrie’s channel were the Tesla prank on the ginormous YouTube star, David Dobrik, with 782k views. Well, seeing the chart, Corey La Barrie’s earnings were significantly dependent upon his YouTube channel.

One of the significant sources of YouTuber is their merchandise. Thus, Corey La Barrie’s made money from his limited merches as well. He had launched several goods and made considerable profits from them. Most of Barrie’s merches were available in Fan Joy. A few from his newest collection are listed below with their respective prices.

Thus, Corey La Barrie’s net worth was heavily influenced by the earnings from his merch as well.

Well, born in Adelaide, Australia, Corey had big dreams for his life. He recently moved into a new house in LA back in March. He lived with JC Caylen, Crawford Collins, and Chelsey Amaro.

The recent home tour that La Barrie and Collins showed their exotic residence featured a swimming pool. Corey and the guys moved in the house recently and had a lot of plans for the lavish looking home. Unfortunately, Corey won’t be able to participate in the home make-overs but will be smiling from above seeing his friends enjoy their home.

With the tragic passing of the beloved YouTuber, Corey’s family started a GoFundMe so that they could five Corey the “best funeral he deserves.” The target of the project was $150,000 and the donations had surpassed the goal within 24 hours.