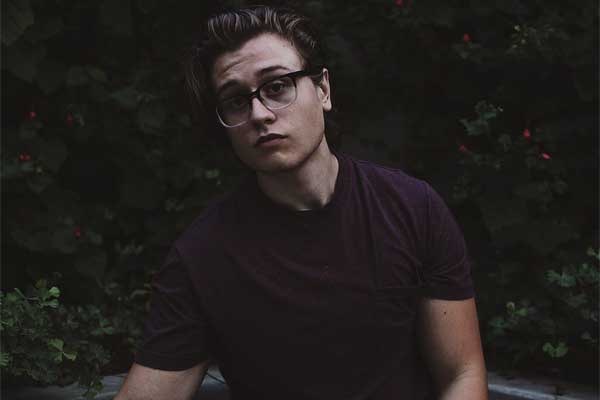 Born on January 9, 1996, Joshua Weissman is an author, YouTube celebrity, food photographer, and food blogger. He joined the YouTube community on February 27, 2014, and with over 1.17 million people subscribed to his channel, he has become a YouTube sensation.

In Josh’s words, he makes entertaining, exciting, and inspirational videos about food and cooking. He is obsessive about bread and likes to eat things that have a large quantity of butter in them. In our words, he is just an ordinary person who inspires us with his videos and stories. Stories, yes, he has an inspiring story of his own life.

Had A Difficult Childhood

Joshua Weissman was born and raised in Los Angeles, California. As a kid, he developed an immense passion for cooking, but unfortunately, life took a harsh turn. At a young age, he lost his connection with food and drifted off into a negative eating cycle that drove him to an obese childhood. He struggled with his schooling and general well being.

Receiving constant taunting from his classmates and sometimes teachers made things even worse for him. He was bullied, shunned from groups, and a lot of the times physically harassed. Life was difficult, but Josh wasn’t amongst those who would give up and decided to fight for himself.

How He Overcame The Odds

After dealing with bullying, harassment, and negativity all his life, one day, he woke up and said enough. He had already dealt enough and was tired of feeling sick, and unattractive, so, he decided to flip his life. However, he knew it would be hard but not impossible. Josh took his first steps in learning more about health and started re-exploring his love for food.

Finally, after a grueling and back-breaking year and a half, Josh managed to lose over 100 pounds at age 16. He has inspired many and has proven that one can achieve anything with hard work and determination. Now Josh is in his twenties, and at such a young age, he has achieved much more than one can imagine.

Established YouTuber And A Wonderful Cook

As mentioned above that Josh joined the YouTube community on February 28th, 2014. To date, over 1.17 million people have already subscribed to his channel, and with 72 million-plus views on his videos, he surely has made a name for himself.

Josh is a wonderful and brilliant cook, his Youtube videos prove his cooking skills and love towards food. He makes cooking look like a child’s play and makes such complicated foods with such ease. Josh also shares some of his cooking skills and cooking tips through his videos. So, if you want to learn some of the basics of cooking, do visit his YouTube Channel. He also has his own website named Slim Palate, where he blogs about food, shares recipes & inspiring stories.

Joshua Weissman is not only a food blogger, a food photographer, or a cook, but also an author. His The Slim Palate Paleo Cookbook is really popular and has been able to inspire many people to change their life as he did.

Joshua Weissman’s The Slim Palate Paleo Cookbook not only contains fine recipes for any level of cook and exceptional photography by Josh himself, but it also includes his inspiring story, a story of a young man who transformed himself through food and cooking.

Joshua Weissman’s net worth composes all of his earnings from his YouTube videos, from his cookbook, sponsorships, and through his website. According to Social Blade, Josh earns about $2.6K to $40.9K a month and $30.6K to $490.3K a year from his YouTube Channel.

Speaking of his earnings from his book The Slim Palate Paleo Cookbook, Josh published his book at the age of seventeen, and now he is in his twenties, yet his books are being sold in Amazon. You can purchase one yourself in $12.46 only. We don’t exactly know how many copies he sold, but his claim to fame came from his cookbook. So, we can assume he must have earned thousands of dollars from selling his book.

Hence we can conclude that Joshua Weissman’s net worth must surely cross million’s mark.

We all know that Joshua is in love with cooking. But speaking of his relationship, Joshua Weissman’s girlfriend’s name could be Kate Rosendahl. Apart from uploading photos of foods, he also at times uploads photos of his possible partner.

James didn’t directly mention her as his girlfriend but his caption has said enough to confirm her as his lover. He wrote, the girl in the picture has blond hair, drinks a lot of coffee and has his heart. Since it’s an old photo, we hope that the pair is still together to this day.