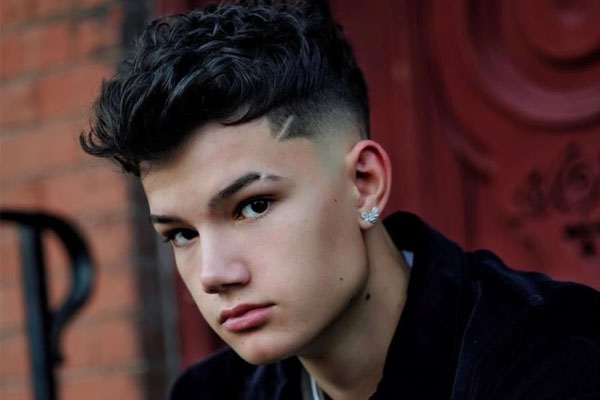 Ian Dickinson aka Ian Jeffery is the brother of James Charles who is widely known as famous YouTuber and makeup artist. Ian was born on 17th December 2001 in New York, USA. Christie Dickinson is his mother whereas his father may not want to reveal his name to the world.

With over 2.2 million followers on Instagram as of April 2019, James Charles’ brother, Ian Jeffery can be referred to being an Instagram celebrity. It looks like Ian is an Instagram model because he has posted a lot of photos of him wearing cool outfits and clothes for the camera.

Ian Jeffery has massive followers on his Instagram at such a young age which is very impressive. He never bores his fans and lovers rather than that he posts cool and exciting photos that are pitch perfect.

However, some of the people say that his followers on Instagram rose because he is James Charles’ brother who is one of the inspirational YouTubers. Maybe Ian hustled very hard and had such fan following or did James Charles help him instead? A moment to give thinking.

Also, Ian Jeffery has his own YouTube Channel, ‘Ian Jeffery.’ He has got over 876k subscriber as of April 2019 which is very very tremendous. He has posted videos with the content related to his daily life, the fashion of clothing and collaboration with his brother, James Charles.

Ian Has A Friendly Relationship With Brother James Charles

James Charles has already revealed that he is gay. The way Ian supported his brother, even more, tells us that he is the coolest brother. In other cases, being gay is like a crime for the narrow-minded people and society. But, without any thinking, Ian Jeffery, as well as his parents, supported and are still supporting James Charles in his life.

Ian loves his brother from the bottom of his heart and is always beside him in his good and bad times. He attends the award functions as a companion of James Charles. James and Ian love to hang out with each other and give a rest to their busy schedules.