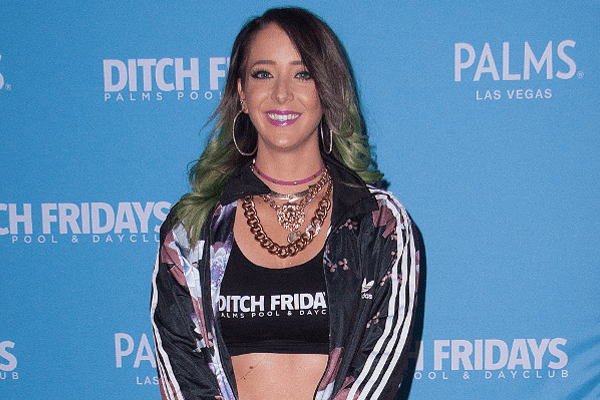 The YouTuber Jenna Marbles‘ net worth is estimated to be $8 million. Jenna Marbles whose full name is Jenna Nicole Mourey started her YouTube Channel on Feb 16, 2010, and since has amassed 20 million-plus subscribers. She is a widely known YouTube personality, vlogger, actress and also a comedian. As for her relationship status, she is currently dating Julien Solomita.

Jenna Marbles is a talented YouTuber. If you are a fan of the YouTube channel Epic Rap Battles of History, then you will remember Jenna as Eve in season 2. The video has managed to gain over 70 million-plus views on YouTube.

Jenna Marbles Net Worth and Earnings

The talented  YouTuber Jenna Marbles’ Net worth is estimated to be at $8 million as mentioned above. Most of her net worth is accumulated from her prosperous career on YouTube.

As mentioned above, most of Jenna’s net worth is from her YouTube. Jenna’s YouTube channel generates about $10.7K to $171.9K monthly and yearly can reach a whopping amount of $2.1 million. The data is taken from SocialBlade. With over 3.4 billion views and 20 million subscribers, it is no surprise that Jenna Marbles‘ net worth is at $8 million. Because of Jenna’s $8 million net worth, she has succeeded in falling under the list of top 10 richest YouTubers of 2018.

The talented YouTuber also has another channel under her belt titled JennaMarlesVlog, Jenna Julien PodCast, Jenna Julien Games. Here is a table representing her earning from her other YouTube channel which she runs in collaboration with her boyfriend Julien:

Earnings from her other channel might be comparatively less than her first channel, but there is no doubt that it too will generate a huge chunk of money in the coming days. Also, her other channel has helped her boyfriend Julien Solomita’s net worth to reach thousands of dollars.

We have seen Jenna upload several videos on her YouTube channel, which she has recorded in her car. Though there are not any specified details about what model of a car she drives, we are pretty sure it must be a luxurious one.

Since Jenna has gained a lot of fame and popularity, she also has got her merchandise. The money she gets from the sales of her merchandise also contributes to her $8 million net worth.

Besides earning from YouTube, Jenna also has made many appearances on some television shows in the US. There is no doubt she got paid for that.

If you are following the beautiful Jenna on Instagram, then you will know how lavish lifestyle she has. Well, if you have a net worth of $8 million, then it is not that much of a bigger deal.