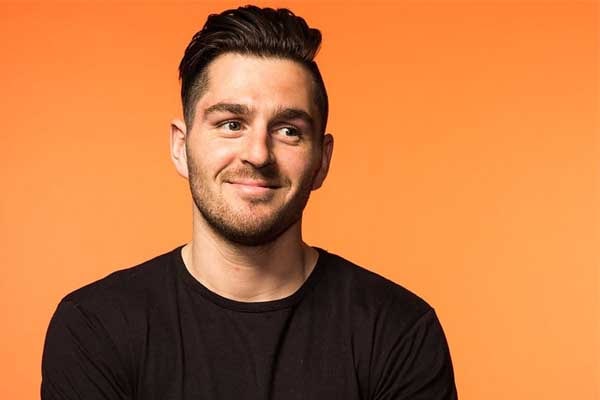 Julien Solomita is a sensational blogger and a web-content creator with a huge net worth. Image Source; Pinterest.

Born on April 17, 1992, Julien Solomita is a sensational blogger and a web-content creator who joined the YouTube community on December 8, 2012. He is currently in a relationship with a YouTuber named Jenna Marbles, who has over 20 million subscribers.

Before becoming a YouTuber, Julien spent most of his childhood in LA. From an early age, he was quite into basketball but couldn’t continue his passion as an accident left him with a spinal injury. After recovering, he got a job at a radio station, where he started growing an interest in social media. Now after nearly a decade of dedicating his life in creating content, Julien has become somewhat of a sensation. So, let’s look into Julien Solomita’s net worth and his sources of earnings.

YouTube has changed the world in a way that it can never be the same. It has provided people with opportunities to change their life once and for all. Many have made it their primary source of earning, and many more are earning thousands of dollars from YouTube. Among those titans, there is an underdog name Julien Solomita. Julien has been able to continue his streak of excellence to date, maybe that’s why he is still in the game.

Julien started off with blogging and now has started to upload cooking videos. Well, he makes a hefty load of cash from YouTube. With over 2.31 million people subscribed to his channel and nearly 4.24 million views, he surely has amassed a rather significant sum of money. According to SocialBlade, Julien makes nearly $2.2K to $35.4K a month and $26.5K to $424.5K a year.

Julien and his girlfriend run a podcast on YouTube simply named after them, Jenna Julien. The lovely duo also has their own gaming channel, where they have uploaded all of their gaming videos. So, the pair has two-channel they run in collaboration with one another.

First of all, let’s talk about Jenna Julien Games, with over 224K subscribers and about 15 million views, their channel earns $481 to $7.7K a month and $5.8K to $92.3K a year. From which Julien must surely get his share of the cash. Next off, let’s get to Jenna Julien Podcast, in this channel, the love birds like to talk about all the things. They created this channel because the duo tends to have awesome, random, and sometimes drunk conversations that they realized had to be shared with the lovely internet world.

In addition to that, Jenna Julien Podcast has about 913K subscribers, and about 1.16 million-plus views, they make $799 to $12.8K a month and $9.6K to $153.4K a year. We can definitely say that the earnings from both of the channels, as mentioned earlier, must add to Julien Solomita’s net worth and make it ever so grand. And as for his girlfriend, Jenna Marbles’ net worth is estimated to be $8 million.

It must not come as a surprise to the fans of Julien that he is a jiu-jitsu nerd. So in collaboration with the Scramble, he has created his own line of merchandise. He has his own range of T-shirts, which are 100% cotton and printed in the UK. The cost of his SCRAMBLE X JULIEN SOLOMITA – CLOUDS T-SHIRT is about $32.31.

Julien’s most popular merch is his fanny pack, which is made up of 100% polyester. You would need $36.18 to purchase this lovely bag. For more information on Julien merch, you can visit the official page of Scramble.

Looking at the multiple incomes and earning sources of the talented YouTuber, we can clearly imagine Julien Solomita’s net worth to be of a grand sum.