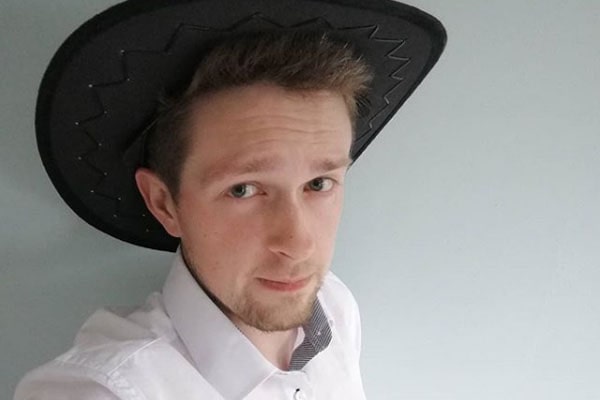 The guy behind Call Me Kevin is Kevin O'Reilly. Image Source: callmekevin1811/Instagram.

Kevin O’Reilly, aka Call Me Kevin is an Irish YouTuber born on November 10, 1993. Kevin introduced himself to YouTube back in November 2009. Kevin is famous for his videos related to video games, where he gives humorous commentaries.

Kevin has succeeded in creating a promising platform in the YouTube industry and has a massive 2.4 million subscribers on his YouTube channel. So, if you want to know more about the guy behind ‘Call Me Kevin,’ stick up with the article until the end.

The Irish YouTuber Kevin O’Reilly initiated his first YouTube channel on November 5, 2009. Unfortunately, he got into an accident in 2016, which led him to close down his former YouTube channel ‘The Old Call Me Kevin Channel.’

But on October 17, 2016, he again started a new channel and named it ‘Call Me Kevin.’ With his new channel, he made a great come back and has been actively working on creating new content. As of June 2020, he has over 2.4 million subscribers on his YouTube channel.

The talented YouTuber Kevin started his YouTube career as a teenager. He quit high school and began involving on YouTube at the age of 16. Although he could not proceed in his academics, Kevin has earned himself good fame from his YouTube career.

The contents of his videos are humorous. The way he presents himself in the videos is captivating, and his Irish accent makes his commentaries more interesting.

The talented YouTuber has a playlist on various video games such as Harry Potter Garry’s Mode, Stardew Valley, Walking Dead. Sims 4 With Jim Pickens seems to be his favorite as this particular playlist has 56 videos.

He has created game characters like Jim Pickens and Grognak The Destroyer, which can be seen in his gaming videos. Almost all of his videos have over 400k views. He is famous among gamers, and the puns he says are also famous.

According to Nailbuzz, Kevin O’Reilly’s net worth is estimated to be $2.2 million in 2020. Most of his earnings are from his YouTube channel only. Well, he also has his own merchandise collection that acts as one of the sources of his income and earnings. So, let’s discuss them in detail.

According to Social Blade, his yearly earnings from YouTube are estimated at $95.7k-$1.5 million. Besides YouTube, he manages to earn some amount of fortune from his merchandise, which is also after his YouTube name Call Me Kevin.

Since his teenage year, Kevin has been entertaining people with his gaming skills on his YouTube channel. He has not given up on his gaming passion and has been continuously bringing up new content.

He loves to have fun and has been sharing the fun with his viewers. He has earned respect and love from people, the two greatest things that any YouTuber wishes to get. The YouTuber is probably going to win the hearts of many and increase his subscribers over the coming years.

The YouTuber, Kevin O’Reilly, has his own merchandise collection as well. Well, the merchandise comprises of cool T-shirts, sweaters, hoodies, and posters. Call Me Kevin’s fans are most probably the die-hard ones to buy his merchandise for sure.

Some of them, along with its prices, are listed down:

So, we can say that Kevin’s earnings from his merchandise sales provide a significant contribution to his net worth.

Kevin O’Reilly And His Love Life

Going through Kevin O’Reilly’s Instagram, he does not seem to be in any kind of relationship at the moment. The YouTuber is likely to be single only.

Or it could also be that he is in a loving relationship with his partner but wants to keep it super low-key. Anyways, we hope to know more about Kevin’s love interests and life in the future.