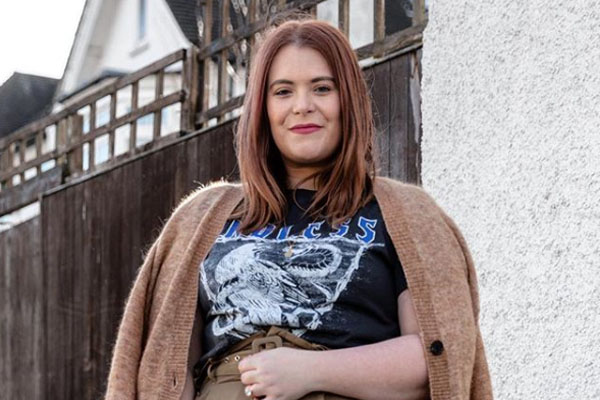 The multi-talented Vix Meldrew is both a YouTuber and a blogger. She is an expert in giving advice about dating, shopping, and lifestyle. She also does podcasts on specific topics that are very much related to our lifestyle. Similarly, she also shares her ideas on new treading fashion style and beauty through her blogs.

Vix Meldrew was born on 30th August 1986 in London, UK. Sadly, Vix’s parents are no more in this world. She has not disclosed her parents’ name and possibly doesn’t want to reveal anything about them. Vix also has a sibling sister.

In mid-2014, Vix Meldrew started her blog ‘Vix Meldrew’ as a startup for her career. When she began doing blogs, she talked about fashion, beauty stuffs along with personal insights into dating. She has also written a blog about the struggle that she had gone through her life which was during the time when she lost her family home.

Perhaps she stuck her mind to write about these things because most of the people have a lot of issues with their lifestyle, relationships and also trend in fashion sense. So, to help out the people out there she might have chosen to do blogging.

Somehow I have miraculously been shortlisted for ‘Blogger of the Year’ in the @BlogosphereM awards. If you can spare 5 secs to chuck me a vote, I’d really appreciate it!https://t.co/6Jk1Mw3NJ2

Vix Meldrew writes blogs and does a lot of podcasts about dating, and lifestyle-related stuff. She even gives her ideas on clothing. As of April 2019, she has 13.7k followers on Instagram and 16.7k followers on Twitter. It is obviously not a huge number of followers but the followers are rising slowly. She is gaining popularity through her interesting blogs as well as podcasts.

In the same fashion, she gives her opinions and reviews about the outfits and clothes to the people. Also, she updates her followers about the blogs and podcasts using Twitter.

Vix Meldrew also has a YouTube Channel ‘Vix Meldrew’ where she has over 900 subscribers as of April 2019. She has given reviews of the outfits that she had worn on her YouTube videos. She has only posted three videos to date. The last video was uploaded 6 months ago. So, maybe she is busy with her busy blogging and podcasting schedules.

We hope Vix will take her blogging career to the very next level in the coming days and showcase her talents even more.

On June 26, 2018, Vix Meldrew wrote a blog about her engagement day. She said that she had always been very anti-marriage after seeing families with broken marriages and her parents hating each other. Likewise, she had been in a love relationship with two guys which sadly didn’t work out.

But after she met Benjamin, she felt that he is the one for her. She has mentioned that Ben has always been there for her at her sad times and even at good times. He’s proud of her and supports her in every situation. To a romantic scenario, Benjamin asked Vix to close her eyes and he slid the ring onto her finger. She stated in her blog that their eyes were watery with happiness and joy.

So we wonder when will Vix Meldrew write a blog about her wedding, let’s hope it will be soon in the coming days.