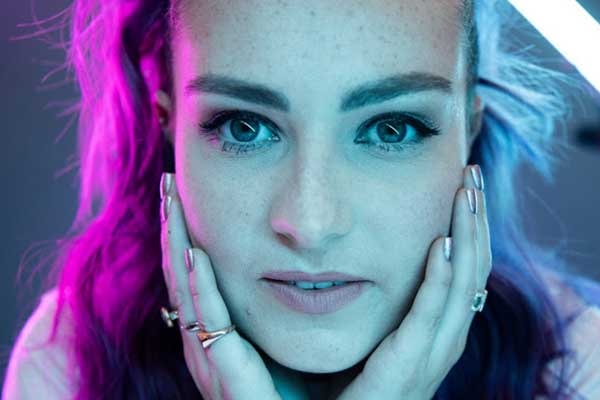 Born on February 8, 1994, Molly Burke is sensational YouTuber and a motivational speaker. Despite losing most of her vision at the age of four due to a rare disease called Retinitis Pigmentosa, she never gave up and with hard work, Molly accomplished something many dream off.

Molly has proven that with determination and hardship one can overcome anything in life. She has continued inspiring people with her blogs and motivational speeches. Her YouTube channel was created on July 10, 2014, and with over two million people subscribed to her channel, she has become a YouTube sensation. Many don’t know and it might be a surprise that she has a lot of tattoos. Let’s learn more about her tattoos.

Molly has about six tattoos to date and she says a tattoo without meaning is something she was never in to. Every single tattoo on her body has a meaning. She says tattoos are a form of art and she likes to create her own form of canvas on her body. So, let’s learn more about her tattoos in the order she had gotten them.

Molly got her first tattoo when she was just a teenager at the age of seventeen. She directly went on to make a big tattoo while people generally start off with a small one. Molly said she wanted to feel her tattoo so if you are starting off with a small one you won’t feel the pain of a big one. So, she went for the big one. Her first tattoo is made on her back which has two purple lotus flowers beside a sun with an eye.

The lotus on the left side is blossoming while the one on the right is blowing away. The reason behind Molly choosing a lotus flower for her tattoo was the phrase, No Mud No Lotus. It simply means that lotus a beautiful flower grows, blossom on the mud all it’s life and when it’s ready it finally flows to a better place. Molly somewhat can relate to it as she was bullied and suffered a severe medical condition while she was just a mere child.

Moving on, the lotus on her right side is blowing away which means that she has left her past behind her and is embracing the future that stands ahead of her. The reason behind Molly choosing the color purple is that it’s simply her favorite color, the color purple also represents peace, calm and healing. She also has four letters encrypted in brail which stand for Hope, Fight, Believe and Strength. Whereas the sun represents unity, despite belonging to a different race, culture, and background we all share the same earth and the same sun. She is also called Soleil which means sun in French. On the other hand, the eye means the higher power that looks after her.

Molly later on added on five birds which represent her family, her brother, mother, father, herself and her guide dog. The flying of birds represents that no matter what, the family always remains together.

Molly likes getting a tattoo in a clean tattoo shop. So while she was checking one of the two shops, the first was quite the one she was looking for. Before getting her tattoo, she called her mother just to let her know she was getting a tattoo. While she was deciding, she chose Living Freely. At that time, Molly’s tattoo represented her independent lifestyle. It had already been a year since Molly began living on her own. So, yes it represents her being independent.

Three At A Time

Molly was in LA and she really wanted to get a tattoo. So, she got her friend to get some recommendations for her and he did just that. In November of that year, she called the Melrose Tattoo but nobody received the call. She called a couple of time and on the third one, a woman picked up the call and agreed to make her tattoo on a Friday night.

As mentioned above, she got three tattoos. The first one behind her ear, it’s a semicolon tattoo with a heart on top. It represents her battle with her health condition. Writers use a semicolon to continue their sentence rather than ending it. Similarly, a semicolon tattoo represents her will power to keep on fighting despite the condition she is in. The love above the semicolon means to listen to the love in your life, not the hate. The remaining of her two tattoos is located on her two ankles, one in each.

On her left, she has a Canadian flag and on her right, she has a shamrock. It represents her nationality and means her roots are on her roots. The reason behind Molly getting her tattoos on LA was that she plans on settling down in LA someday. She wanted to represent her two homes tattooed on her future home.

Getting A Tattoo With Mother

Molly got a bee tattoo that connected with the already existing tattoo on her wrist which also connects to the one her mother got. She said it was a fun experience getting a matching tattoo with her mother and getting to record the whole thing.

On May 2, 2019. Molly tweeted that she wanted to get a new tattoo and she wanted her fans to choose a tattoo for her this time. There were four options to choose from and each had their special meaning. The first one was a Lemonade as Molly wanted to get a lemonade because she turns lemons into lemonade. The second one was a Plam Tree and it represented her LA journey and then the third one was a Grapefruit which is her favorite fruit. Last but not the least, it was an Elephant which was her favorite animal. Obviously the Elephant won with a majority.

A fun thing about the wholevoting thing was Molly didn’t get to know what tattoo she was getting. She was in dark until the last moment and when the tattoo was done it was revealed to her that it’s the tattoo of a baby elephant.