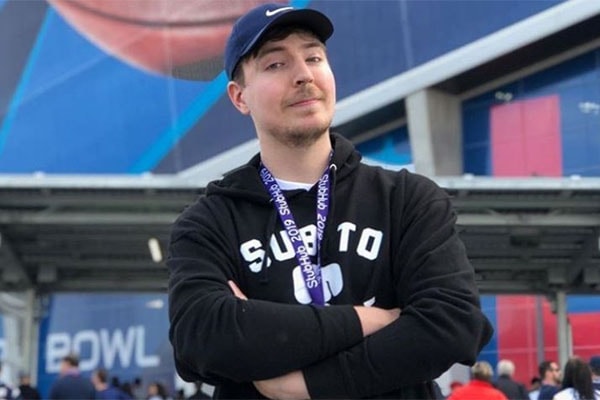 Jimmy Donaldson aka MrBeast was born on the 7th of May 1998 in Greenville, North Carolina. The 6’3” American lad is a fan-favorite social media star with 25.4 million subscribers on his YouTube channel MrBeast.

YouTuber MrBeast rose to fame with his video series titled Worst Intros. He is most known for donating thousands of dollars to Twitch Streamers, homeless and random strangers.

Popular YouTuber MrBeast attended Greenville Christian Academy and was raised by his mother. Meant to fulfill his ultimate destiny, he created his YouTube channel back in 2012. He started off his career by posting random videos on his channel. As mentioned before, MrBeast first gained prominence through his video series Worst Intros on YouTube. Later, his popularity gradually increased after he started posting video game-related videos including Minecraft Factions: A Guy Sent His Home in Our Base and Buried Round 50 Gameplay Black ops 2 Zombies.

After a couple of years, Beast, of course, chose YouTube as his only career and came up with the expensive videos that involved a lot of money. Soon, he gained worldwide recognition after he started posting heart-warming videos. He later claimed that an app named Quidd sponsored most of the money that he was giving away.

Fan-favorite MrBeast is even popular on other social media platforms. His Instagram handle has almost 5.4 million followers as of November 2019. He self owns an online store, which sells T-shirts and other clothing. The brand even has its own Instagram account with 1.2 million followers.

American YouTuber MrBeast’s net worth is estimated at $6 million. He earned most of his share from his YouTube career that he began back in 2012 at the age of 13.

As mentioned before, Jimmy is an American YouTuber, well known for his video series Worst Intros. And according to Social Blade, MrBeast’s YouTube channel generates an estimated earning ranging from $615.3K to $9.8M yearly. He also earns from his merchandise and other stuff.

Jimmy aka MrBeast is currently involved in a romantic relationship with his girlfriend Maddy Spidel. The lovely couple really looks adorable together.

Keeping everything aside, once a  YouTuber named FlyyDoesYT accused MrBeast of faking his videos in 2018. According to fellow YouTuber, MrBeast was accused of mistreating his employees by asking them to film his videos.

However, MrBeast responded to the accusations to be false and not faking anything in front of the camera. Not only that but he also rubbished the accusation claim of mistreating his employees by saying that he is suffering from Crohn’s disease. And, whenever he doesn’t feel well, Beast asks his employees to help complete the videos.

YouTube star MrBeast always wanted to do something huge for humanity and his fellow subscribers. This time he started off his mission to plant 20 million trees. As of November 2019, he has raised more than $8.2 million with donations from Elon Musk, Twitter CEO Jack Dorsey and his legion of fans in just a few days.

The famous YouTuber is always known for his random and often elaborate acts of generosity and stunts.