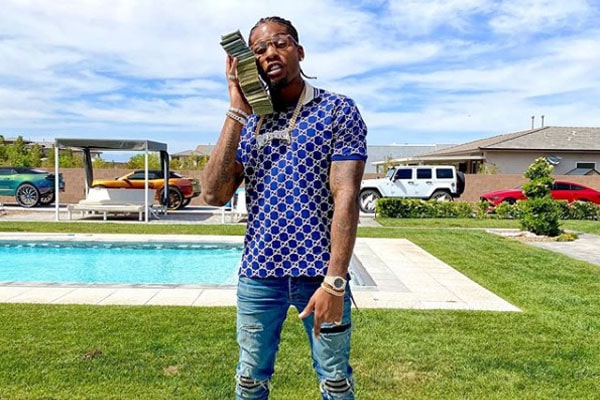 CJ So Cool has an estimated net worth of $4 million. Image Source: cj_socool/Instagram.

The sensational YouTuber, C.J. So Cool’s net worth is estimated to be $4 million as of June 2020. C.J. earned his fortune from his entertaining videos that he posts on his YouTube channel. Cordero James Brady, aka C.J. So Cool, first started his YouTube career by only reacting to videos.

Then, later on, he began uploading ‘prank videos’ and ‘try not to laugh videos.’ At times C.J. features with his wife, Royalty Johnson.  He has got a daughter named Camari and three stepchildren named Leonidas, Karnation, and J’aaliyah. C.J.’s brother Anthony “Jinx” Brady is also a YouTuber.

C.J. So Cool Net Worth and Earnings

As stated before, C.J. So Cool has an estimated net worth of $4 million in 2020. He succeeded to gather such a promising net worth from his career, most probably as a YouTuber. His primary source of income is his channel on YouTube. But as he gained popularity, he has got his merchandise too. So, let’s not waste any time and know more about his sources of income and earnings.

C.J. started his YouTube career on the 27th of December 2014. Now with over 8.21 million subscribers, C.J. is one of the famous YouTubers. He made a massive platform in the YouTube industry and won the hearts of millions of people through his YouTube videos.

According to Social Blade, C.J. So Cool’s YouTube channel generates a colossal amount of $171.5K-$2.7 million yearly. That is an impressive feat, isn’t it? No wonder he has a $4 million estimated net worth. C.J. has come a long way now.

Along with that, he probably gets tons of sponsorships that are willing to offer him fulfilling money too. The earnings from the sponsorships include in his earnings as well.

C.J. So Cool has also invested his money in his merchandise collection. It counts as one of the sources of earnings for the YouTuber. C.J.’s fans are the favorite ones to buy C.J.’s merchandise for sure. Here are some of the products offered by C.J. So Cool, along with their respective prices.

So, the YouTuber’s income from the merchandise sales might be a promising one. The lucrative earnings from merchandise surely add in his $4 million net worth.

C.J. So Cool And His Mega Mansion

If you go through C.J.’s social media handle, then you will realize how much of a lavish life C.J. lives. C.J. So Cool definitely lives such a cool life. Along with that, he uploads videos on his YouTube channel, surprising his family with grand purchases.

At times he surprises his family by buying them bikes and sometimes a grand mansion itself. He purchased a mega-mansion that spread on 4 acres of land and uploaded the video on his channel, showing how his family reacted.

We even assume that C.J. So Cool has bought million-dollar worth houses in other states too. Well, we can say that he has made such a grand fortune and has made his lifestyle a lavish and luxurious one.

The YouTuber is a car-lover and has a collection of supercars. He does not hesitate to spend big bucks on such cars. If you go through his Instagram account, he loves flexing his cars on his social media handle.

Even after having nine grand supercars, he still wants more. It looks like the YouTuber has a huge garage in his mansion. So, you can imagine how huge C.J. So Cool’s net worth is, which he made from his astounding career.

All that money flowing in from his different endeavors allows his net worth to grow even more.

After joining YouTube, both fame and net worth of C.J. So Cool has risen exponentially. In 2016, C.J. So Cool had an estimated net value of $1 million, and now in 2018, it was estimated to be $3 million.