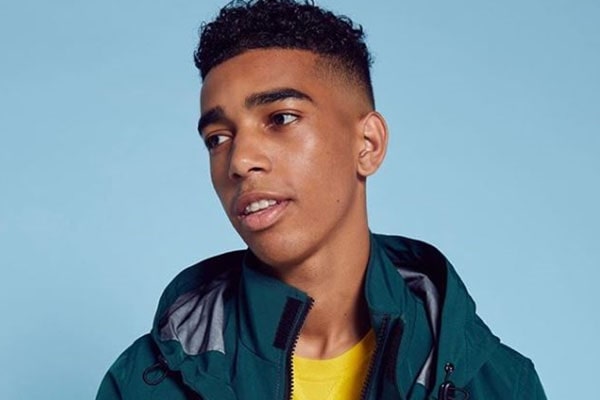 The 1998 born YouTube comedian and hearty content creator, Niko Omilana, has been on the YouTube platform for over nine years now since joining on June 21, 2011, and has been growing his influence rapidly. England born and raised Niko has surpassed a million subscribers as of now and gathered about 128.4M videos on 111 of his uploads available. Niko mostly uploads prank videos and parodies as well.

Knowing his influence on digital media, we can assume that Niko must earn some great fortune. Let’s know more about his ways into the earning market.

Niko Omilana has been part of YouTube since 2011 and has around 1.59M subscribers as of January 2020. Niko has uploaded about 111 videos, which have overall 128.4M views. On every video Niko uploads, it gathers around a million views on average. So, it won’t be harmful to assume that Niko Omilana’s net worth is heavily backed by his career as a YouTuber.

It seems that Niko had a massive interest in video games as he has a separate YouTube channel solely devoted to video games. Even though he hasn’t uploaded for a year, we hope he will return with funny commentary in his second channel, ‘Niko Plays‘ as well.

Apart from his self devoted channels, Niko is also a part of Beta Squad, which includes other YouTubers such as Chunkz, King Kenny, AJ Shabeel, and Shaky. The squad has a YouTube channel, ‘Beta Squad, ‘ which has 458K subscribers since joining the platform on February 14, 2019. They have only uploaded 16 videos and have gathered around 17.4M views in such a short period of time. According to SocialBlade, the squad channel is estimated to earn $216 – $3.5K per month and $2.6K – $41.5K per year. That must also be some addition to Niko Omilana’s net worth.

Well, Niko Omilana is creating his brand in the platform and also a visual of great brotherhood with his squad, the Beta Squad. He has also created his merchandise for his beloved fans.

The funny YouTuber Niko Omilana has created merchandise for the fans exclusively. He claims himself as the founding father of the NDL Movement, his brand. As for his creation, he has a hoodie titled ‘The Greatest Hoodie Of All Time‘ and priced at $38.96 (£30.00) only. Seeing his vast audience and lovely connection with the viewers, we can assume that fans must have purchased many of his great hoodies.

Niko has been in the spotlight for quite some time; however, he hasn’t disclosed his personal information that much. Regarding his love life, Niko seems to keep it low key.

Is Niko Omilana Dating Anyone?

As of January 2020, Niko seems to be not dating anyone as he has not hinted at a single disclosure. Maybe Niko is focusing on his career for now and waiting for his special one. Or probably Niko is maintaining his private affair a secret. We never know what the humourous prankster is up to!

We hope the 21-year-old Niko Omilana has a great success ahead and create more hearty videos for the viewers too. Plus we wish Niko get a beautiful girlfriend who understands him.