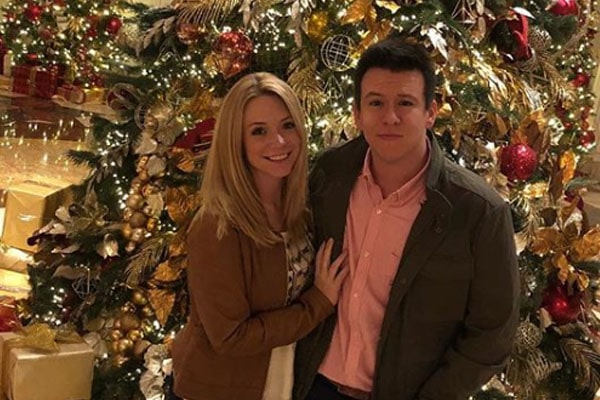 All the OG YouTube fans must know the commenter who talks about the news and pop culture, Philip DeFranco. One of the pioneer content creators, Philip, has been on the YouTube platform for a long time. Within this duration, we saw him grow as a creator and as a person as well. Philip is now married to a lovely lady Lindsay Jordan Doty and has two children.

Philip DeFranco’s wife Lindsay Jordan Doty is someone we all should know about. Not only is she a talented creator, but also a wonderful wife and a mother too. Let’s discover more about her.

Lindsay Jordan is a travel vlogger, actress, producer, and founder of Not So Fast Campaign, who was born on 11th April 1989 in Atlanta, United States of America. Lindsay is avidly known for having a marital relationship with famous YouTuber Philip DeFranco. However, she has been active on the YouTube platform since Jan 19, 2010, where she uploads travel vlogs in her channel ‘LinzLoves.’

As we can see, Lindsay enjoys making content and discovering new places; we hope to see more of Lindsay’s quirky talks on YouTube as it’s been a while since she uploaded any video shots.

Lindsay Jordan Doty met the love of her life, Philip DeFranco, who is a popular Youtuber estimated to have $6 million net worth, back on September 8, 2007, in DC Tube, after months of flirting. Since then, they are always together, loving, and supporting each other. Lindsay and Philip got engaged back in 2013 after five and a half years of dating. After a year of engagement, the lovely pair were blessed with a child, a son Philip “Trey” DeFranco III. And they finally got legally married after Philip proposed Lindsay in his Arizona Show.

One of the most adorable couples of YouTube, Lindsay Jordan Doty, and Philip DeFranco, has been running in about twelve years of togetherness. We hope the love of this charming couple will never fade, as they make all the viewers believe that true love exists.

With such a wholehearted love between each other, the pair got blessed with the most beautiful gifts ever. DeFranco and her husband Philip DeFranco are the proud parents of two children, eldest son Philip “Trey” DeFranco III, who was born in 2014, and youngest one, Carter William DeFranco who was born on 2017.

The family of four has a YouTube channel ‘TheDeFrancoFam,’ where they share many cute videos. The kids are not shy in front of the camera at all, and maybe who knows, they will be YouTubers in the near future as well.

We can see that Lindsay is a proud mother of two and a lovely wife of Philip, enjoying her life and having a wonderful time with her family. We wish the DeFranco family happiness and success.