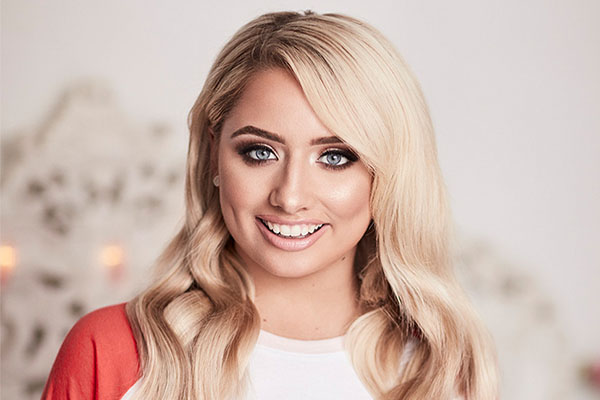 Saffron Barker’s net worth is estimated at $600,000. She has amassed all her fortune from her career as a YouTuber. The gorgeous Saffron has over 1.9 million subscribers as of April 2019 and will be reaching two million subscribers any day now. Not only that, she posts vlogging content on her other channel that has over 936k subscribers which is also a massive achievement she has achieved.

As mentioned earlier above, Saffron Barker’s net worth is estimated at $600,000. Saffron’s primary source of income is her career as a YouTuber. With over a million subscribers on her YouTube channel ‘Saffron Barker’ and over 936k subscribers on Vlog related content Channel ‘SaffronBarkerVlogs’, Saffron earns a lot. Her YouTube videos are mainly related to makeup, challenges, DIYs, pranks and other random content.

Similarly, she does giveaways in her videos. It certainly looks like Saffron Barker gets a lot of sponsorships. She is living her life very lavishly. She very much loves to hang out with her friends and family. Also, she loves to wear attractive outfits, explore the world and enjoy the life she has established with her hard work as a YouTuber.

She has both Instagram and Twitter accounts and has a massive fan following which proofs that she has hustled through her life.

Saffron Barker has got a lot of merchandises and is one of the sources of her net worth. The merch is pretty popular and it is most probably for the fans of YouTuber. The website is like a clothing shop for the Saffron fans where you can get specific hoodies and t-shirts.

It is so amazing to see that Saffron Barker had a small channel on YouTube before and now she has her own website full of merchandises. Here are some Saffron Barker’s merchandises along with their respective prices:

Saffron has made the path of her career by her own and now is really having the happiest days in her life.

Saffron Barker Was In A Girlband Before Being a YouTuber

Before being recognized as a YouTuber, in May 2014 The talented Saffron Barker was a singer in a girl group ‘Born2Blush’. Libby Whitehouse, Jazmine Tiley, and Georgia McNamara were her fellow members of the band. The group created a YouTube Channel where they uploaded their cover of ‘Uptown Funk’ on Jan 8, 2015, and the cover is surreal.

Going on, they introduced their first song, ’24seven’ on YouTube in March 2015. The video has got 356k views till now which is a good start for the band. But sadly, the band didn’t work out and broke up in 2015.