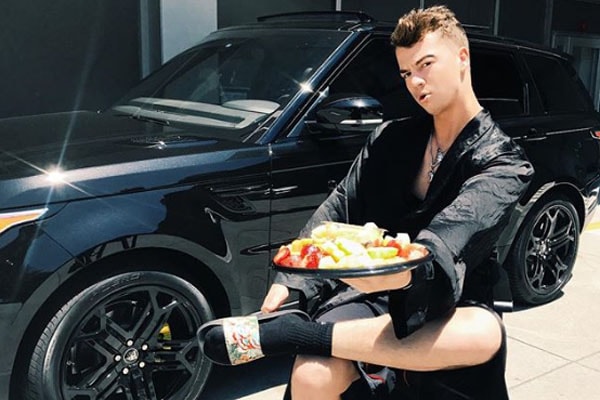 YouTuber Taylor Caniff‘s Net worth is estimated to be $2.3 million. Caniff has earned a hefty fortune from his career, endeavors, and appearance on the reality series Chasing Cameron.

Most of Caniff’s popularity is because of the social app Vine which now no longer is functional. After the Vine was shut down, Taylor moved on to other social sites and made his mark on there. He has got over 3 million and 2.88 million followers on Instagram and Twitter respectively.

Plus the multimillionaire Taylor Caniff is single and needs a wife to love. So, ladies, it’s your chance.

Taylor Caniff’s Net Worth and Earnings

The Vine star Taylor Caniff’s Net worth is estimated to be $2.3 million. After the Vine was ended, Taylor Caniff joined MAGCON boys. MAGCON boys are a group of Viners going from town to town to meet thousands of their fans. Some other members of MAGCON are Cameron Dallas, Matt Espinosa, Nash Grier, Shawn Mendes, and others.

The tickets cost from $20 to $175, and since they have done many shows, the boys must have earned a lot. According to Taylor’s YouTube description, he is the co-owner of MAGCON so he must have got a pretty good amount of money. Despite being famous in other social media platform, Taylor Caniff is struggling badly as a YouTuber. He has only acquired over 400K subscribers, and his channel doesn’t generate a lot of income.

When it comes to showing off, Taylor doesn’t fall behind. If you are following him on his social media, then you will see how much he loves flaunting his cars. It seems like Taylor Caniff owns more than one luxurious car. He owns a green colored Aston Martin Vantage car which has an MSRP starting from $186,195. He likes to call his ride a green turtle.

The 22-year-old Caniff also has an Orange colored Range Rover. A Range Rove has an MSRP of $88,860. He lives in Hidden Hills and has got a beautiful house there. Plus looking at the way he always thanks his fans and all, he seems to be like a down to Earth guy.

Despite the ending of Vine, the fame and popularity it brought to Taylor helped him to amass his fortune and since then has been increasing.