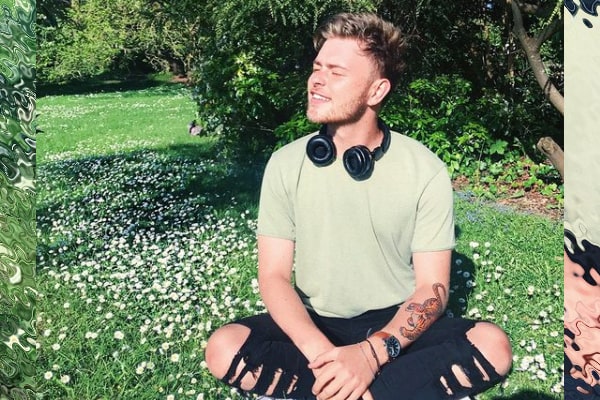 Whether Tom Harlock is gay or not, he owns and loves himself, which matters the most. Image Source: Tom's Instagram.

In this era of the Internet, words spread more efficiently than a dandelion does its seeds. Likewise, the speculations, assumptions, suspicions about YouTuber Tom Harlock‘s sexuality soon became a bigger concern, might as well call it more prominent than global warming.

Furthermore, YouTube made Harlock more susceptible to all sorts of assumptions which we shall be discussing in detail. We might as well dig his Twitter to find the old tweets and scrutinize every word. So, behold.

Also Read: Natalie Wynn Net Worth – How Much Money Does ContraPoints Make?

Being on the Internet comes with the price of your freedom, and your fans feel they’re entitled to your personal space. Sometimes, even the creators think they owe their details to their fans. But that’s not the case with Tom Harlock.

The 27-year-old Viner turned YouTuber, Tom Harlock, owns his sexuality and does not feel the need to talk about it with his fans. Furthermore, he has clearly stated that he stays away from dates because he thinks they are pointless.

Moreover, Tom uploaded a video on his YouTube in 2017 titled ‘Tom Vs. Tinder’ where he stated that he believes there’s either a person for a lifetime or intense heartbreak. There’s no in-between for Tom. Also, people he matched in Tinder were all women which might answer the question, ‘Is Tom Harlock Gay?’

Besides YouTube videos, Tom also tweeted something about his ex-girlfriend, who he dated in high school. He wrote. “Just found out a girl I dated in school has a wealthy and dying sugar daddy.” Harlock continued, “and if I’m honest, I’m proud and a bit jealous.”

If Harlock’s fans are still confused, let us help, ‘PROBABLY NOT, WE DON’T KNOW!’ Also, assuming someone’s sexuality based on stereotypes is hella offensive.

The bottom line is, whatever pronoun Tom Harlock prefers or whoever he’d date, it’s his decision and is yet to disclose. So, let’s sit back and enjoy his funny videos.

If you have been following Tom Harlock for a while, you must know that he is a Viner turned YouTuber. If not, now you know. After posting Vine videos, the English Internet star gained fame and had more than 1.5 million followers before the app shut down completely.

Hence, Tom entered the YouTube world and actively started uploading videos from July 2016. He is yet to recoup all his Vine followers, but Tom gained 1.08 million subscribers within four years. Moreover, Tom Harlock’s niece, Lilli Mae, appeared in most of Tom’s videos which helped him gain a massive flow of subscribers and views.

Well, thanks to hard work, Tom Harlock’s estimated earnings from his YouTube is $1.1K – $17.8K per year. As a result, his net worth must be proliferating significantly.

Although Tom Harlock does not disclose much about his personal life, his on-point fashion sense, especially his turtle neck look, and charming face created a frenzy about his sexual orientation. And even though he is a public figure, him being gay is non of our business.

Therefore, let’s hope to see more of his videos and his YouTube career thriving in the coming days. Let’s also expect to see Tom Harlock’s partner in the future.