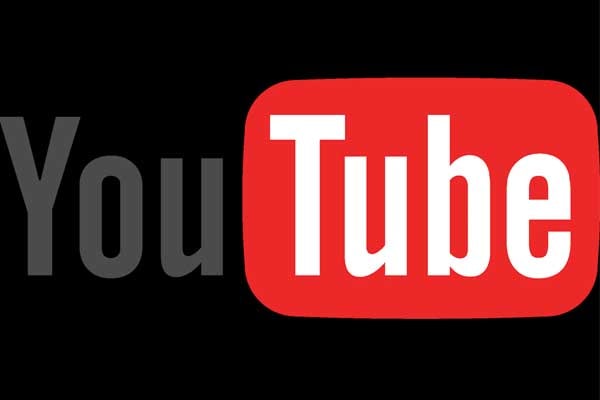 YouTube has become one of the most popular public platforms and has provided people with the opportunities of a lifetime. Many people like Pewdiepie, Logan Paul, Casey Neistat, and many more have made YouTube one of the primary income sources of their earnings. It has become a widely used platform by many people to express themselves.

To date, there are more than 1.5 billion YouTube users, and more than 300 hours of footage is uploaded on YouTube every minute. So, it’s sure that the competition to reach the top has been fearsome than ever. But something that is rarer than hitting big is when a YouTuber hits it big then disappears. So, here are five YouTuber who vanished completely after making it big on this platform.

RedKeyMon, a gaming channel that was created on October 16, 2013. It got a lot of hits for its awesome gameplay, which included stunts, funny moments, and of course, fails. He mostly focused on games like GTA 5. When RedKeyMon suddenly stopped uploading videos at the height of his fame in May of 2015, people wondered where he had gone, many fans even speculated that he was dead.

RedKeyMon’s last video, Awesome GTA Stunts And Fails#2, was viewed by over 25 million people. Yes, 25 million, So who in their right mind would have quit. It turns out RedKeyMon did. After a year of vanishing from the limelight, he finally returned with a message for his fans. He mentioned that he was still alive and well, he also apologized for the inconvenience he caused. He further added that he hated goodbyes, and that was the reason he never said goodbye or left a note.

The well-known Grand Theft Auto player added that he first intended to just take a break, but before he could know it, too much time had passed, and he had lost all his motivation. However, he could not simply vanish, so he returned for the final time to say a proper goodbye to his fans and subscribers. He thanked everyone who supported him, loved him, and also mentioned how much of an amazing experience it had been for him. RedKeyMon signed off on a hopeful note saying you never know, then he left, leaving the door open for a possible come back.

The Australian model turn YouTuber created her own YouTube channel on November 4, 2015, and soon hit it big on social media. She was successful in grasping more than a million followers across several platforms, including Instagram and YouTube. She uploaded her last video on November 6, 2015, where she herself explained why she was quitting.

Many of her fans thought that it was a temporary thing she did for publicity, but it turned out she really left. To date, she has uploaded only three videos on her YouTube channel and two pictures on Instagram. Well, she claims that her Instagram was hacked.

Essena O’Neill explains in her video that she found herself drowning in the illusion. Social media isn’t real. It’s purely contrived images, and edited clips ranked against each other. It’s a system based on social approval, likes and dislikes, validation in views, success in followers. Plus, It’s a perfectly orchestrated judgment, and it consumed her.

Hannah Wagner was known for dressing up as an anime character and giving high-pitched Japanese lessons on her channel MissHannahMinx. She joined the YouTube community on July 28, 2008, and was able to amass a huge fan following in a little amount of time. Her first video, which was uploaded in 2009, was viewed by over 599K people and was her first step to stardom.

However, Hannah, at the peak of her YouTube career, suddenly stopped uploading videos, and fans soon went nuts. Her last video was uploaded in 2013, which was filmed at San Diego Comic-Con. It was the last time we heard of her. Soon it was discovered that she left her YouTube career so that she could start a family with her partner. As for now, she is happily married with kids and has changed her named to Hannah Osterhagen.

Kevin Wu often referred to as KevJumba or simply Kev, was one of the most successful YouTubers of his time. He joined YouTube on July 27, 2006, and by 2008, he was the third-most subscribed channel on YouTube. He was best known for his deprecating vlogs and music video parodies. As time went by, he became less interested in YouTube and more focused on making it in Hollywood.

However, his fame was short-lived as he met a tragic accident. Kevin was reportedly hit by a car in 2015 at Los Angeles breaking his spine and collapsing his lungs. He had to go through multiple surgeries and suffered mental health problems. He reportedly told The Hollywood Reporter that he was slowly losing the ability to gauge where he was. His moods started to swing because every time they found something wrong with his body, he was trying to downplay it.

Kevin’s mental health became so inferior that he was considered a danger to himself and was immediately put into a medical facility. But he returned to YouTube in 2017 but had declined the usage of social media. As for now, he has totally stopped uploading videos on his YouTube channel. However, he has starred in short movies like The Vow and To Die For. His last big project was Bakugan: Battle Force where he was seen playing the part of Riverside Expressway Police.

Mac Freeman rose to fame with the YouTube channel WasteTimeChasingCars. He joined YouTube on September 24, 2006, and uploaded his first video on June 8, 2007, which was viewed by over 124K people. His channel soon became one of the platform’s go-to places for comedy videos.

In 2008 Mac’s Kobe Bryant Can’t Jump Like Me, and Lightsabers are Fun videos went viral taking his stardom to new heights. However, his fame short-lived as in late 2012, after six years and about 65, Mac suddenly stopped uploading. Fans started debating the reason behind his disappearance and whether he would be back or not. To date, no news related to him has surfaced, and it remains a mystery why he left YouTube.

So, that was five YouTubers you probably didn’t know who vanished at the height of their success. We hope you enjoyed it.