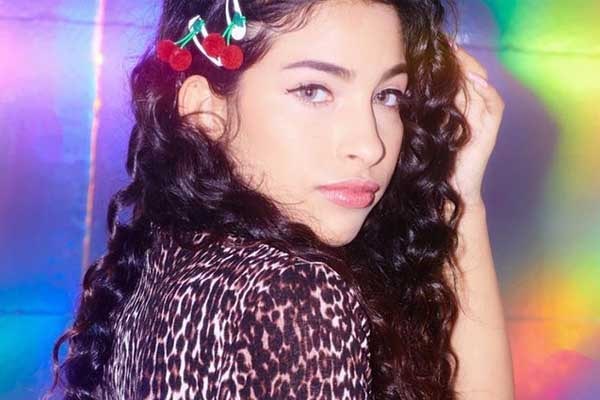 Vereena Sayed is a YouTuber best known for her blogging and makeup tutorials. Image Source: Pinterest.

Born on May 22nd, 2003, Vereena Sayed is a popular Youtuber with over  1.25 million people subscribing to her channel. She has gained massive popularity all thanks to her makeup tutorials and Get Ready with Me blogs.

Vereena is not only known for her YouTube persona but also for the role she portrayed in the Brat series Stuck. Getting to her YouTube channel, she joined the YouTube community on 28th May 2012. That said, let’s see how much fortune she has amassed throughout her career as a YouTuber.

We all know about YouTube and how it has helped many people to turn their life around. YouTube is pretty much the primary and one of the sources of earning of many people and amongst those fortunate people, Vereena’s name should also be mentioned. From the day she uploaded her first video, she has been able to maintain her consistency.

Moving on to her revenue from her channel, Vereena earns $350 to $5.6K a month and an estimated amount ranging from $4.2K to $67.3K a year according to SocialBlade. She has uploaded nearly 55+ videos on her Youtube channel and knowing her revenue for one video is about $19 to $522 on average. So, we can assume Vereenasayed’s net worth must be of thousands of dollars. She not only earns from her YouTube channel, but also from her merchandise. So, let’s learn more about her exclusive merch.

Like all popular YouTubers, Vereena also has her own line of merchandise. Especially focusing on Tops and Hoodies with her slogan CatFished, she has two types of collection available for her fans that is CatFished collection and Cartoon collection.

For girls, she has pink color hoodies and T-shirts whereas for boys she has grey colored available. The pricing of her merchandise is enlisted below.

Apart from that, Vereena is also trying to launch her new merch with a new logo. She announced that with a tweet on her Twitter page asking her fans to help her out with her new logo. To her surprise, many of her beloved fans have posted a lot of cool and lovely logos of V but she has not chosen one yet. So, let hope she finds a new logo for her merch soon.

As mentioned above, Vereenasayed’s net worth comprises earnings from her YouTube channel and merchandise but that’s not the only source of her earning. She also earns as she’s being sponsored by many reputed brands on her channel and social media pages. As she has more than a million followers on her Instagram, advertisers also pay a hefty amount of money for the advertisement post she makes.

Vereena also starred in the Brat series Stuck for which she must have gained a fair amount of money. Stuck was quite popular amongst fans as it was viewed by over a million people on YouTube only. It not only featured Vereena but Enya Umanzor, Denzel Dion, and Jake Holley too. Vereena portrayed the role of Jane.

That said, let’s talk a bit about her personal life. Vereena lives a comfortable life with her family. She is a dog person and owns two lovely dogs, a German Sheperd and Maltese named Milo. Moving on to her relationship, she was dating her longtime love interest, Anthony Reeves.

Nevertheless, the way the talented YouTuber is prospering, Vereenasayed’s net worth is likely to be much more in the coming days.