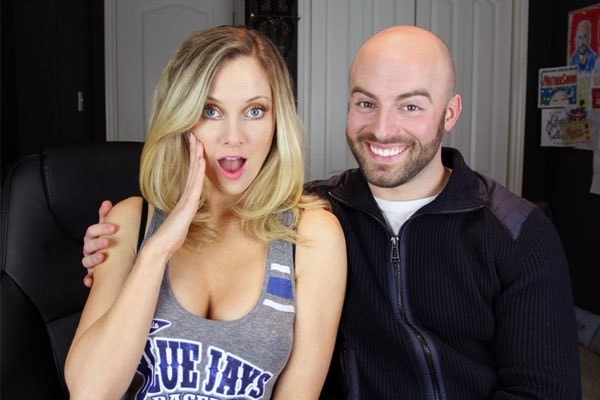 One of the popular YouTuber couple Matthew Santoro and Nicole Arbour had parted their ways in mid-2015. The former couple started dating each other in the same year. However, things turned out violent and viscous between the now exes.

Matthew claimed that he was abused by his ex-partner, but according to Nicole, Matthew wanted their life to be public which was not OK for the actress. Hence, due to the different tastes of opinions, the couple broke up after dating for six months.

Reason For Break Up

Matthew started dating his ex-girlfriend, Nicole Arbour, a Canadian actress in early 2015. After dating for six months, the former couple broke up and Matthew posted a video titled My Abuse Story on the 11th of January 2016.  In the very video, he stated that the actress emotionally and physically abused him. But the YouTuber didn’t mention her name. He even claimed that Nicole also manipulated him and isolated him from friends and family.

At the beginning of the video, Santoro claimed it was filmed in September 2015, edited and uploaded on private to his YouTube channel. However, as of now, the video has been removed from his YouTube channel. It looks like Matthew doesn’t want to create unnecessary media controversies currently.

Her Side Of the Story

Besides being an actress, Nicole Arbour is also a YouTuber and has her own YouTube channel. There she replied and had addressed allegations made by fellow YouTuber and ex-boyfriend Matthew Santoro about his experience of domestic abuse in a relationship.

Canadian actress, Nicole Arbour posted a video entitled Abuse Story… my side in which she accepted that the claims made in Santoro’s video were about her and denied saying that they were not true. She told that the reason the relationship ended was that,

“I had been asked repeatedly for my private life not to be put on the internet but he repeatedly stepped over that mark…. there was no domestic abuse. It didn’t happen. The way that he wanted to be a YouTuber and have everything be public all the time wasn’t for me.”

Gorgeous Nicole Arbour has over 439K subscribers on YouTube as of November 2019. She is a comedian, recording artist, and motivator.

Her break up with her ex had created many controversies and obviously, it didn’t end on a good note. Hence, the former couple doesn’t seem to be in talking terms with each other.

Talking about Matthew Santoro’s dating affair, some sites suggest that he is romantically involved with a woman named Sabrina Nissa after his breakup. However, they both have not yet confirmed the news of their dating. But via Matthew Santoro’s Instagram handle, it seemed as if the two were dating back in 2017. And as of 2019, neither of the rumored couple have said anything about their relationship.

Going through the social life of beautiful actress Nicole Arbour, it seems very obvious that she is very happy with her life. And as of now, she wants to forget all her past focusing on her career. Truly, the self-made entrepreneur lives her life to the fullest.