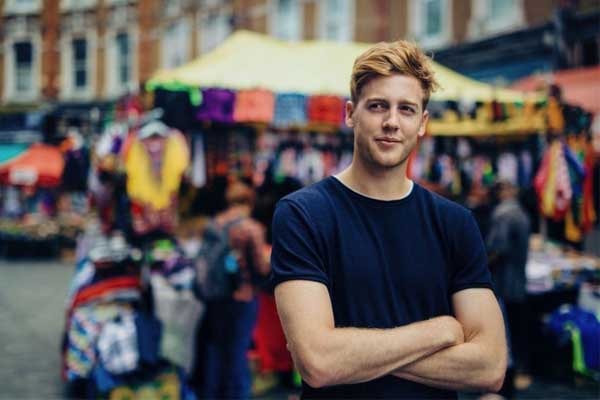 Everyone knows that YouTube is a platform that has helped many people to express themselves in a much better way. It has also helped many to make a living out of it. YouTube has become the primary source of income of people like Pewdiepie, Roman Atwood, and many more. Among those titans, there is an underdog named Josh Pieters.

Josh Pieters is a blogger who joined the YouTube community on  July 6, 2014. With over 1.31 million people subscribed to his channel, he has become a fan favorite. As mentioned above, YouTube is his primary source of earning. Josh Pieters’ net worth comprises all his income from YouTube and other different sources. What different sources? Let’s get to know about that too.

Josh Pieters, aka Joshua Pieters, is a popular Youtube personality. He has two YouTube channels credited under his name. Josh Pieters being the one he often uses, whereas Josh Pieters Vlogs is his second channel. Seeing his popularity, it’s no surprise he is living a comfortable life as he earns a hefty load of cash from his channel. According to SocialBlade, Josh earns somewhere between $2.3K to $37.6K a month and from $28.2K to $450.9K a year.

Apart from his primary channel, Josh also earns $2 to $25 a month and $19 to $297 annually from his second channel. Well, it’s not that much, but earning some bit of money never hurts. Knowing that he makes a considerable sum of money from his YouTube videos, we can somewhat assume Joshua Pieters’ net worth to be of thousands of dollars.

Earnings From His Merchandise

Likewise, let’s see through his merchandise and their pricing.

Josh has a wide range of merch available for his fans, from items of clothing to accessories. He has a wide verity of designs available for both males and females. Firstly, talking about his lines of clothing, he has T-Shirts, Mini Skirts, Tank Tops and Sweatshirts available. The price of which are enlisted below.

If you are wondering what is a Buttercream Squad? Don’t worry we have the answer to that question. Buttercream Squad is a group that consists of some British YouTubers, namely Joe Sugg, Caspar Lee, Jack Maynard, Conor Maynard, Josh Pieters, Mikey Pearce, and Oli White.

On to Josh’s merchandise, he also has his own line of Baby and kids’ clothes, phone cases, wall arts, and home decor. Josh has different designs altogether for his phone merch, and their pricing varies according to their design and model of the phone. Moving to Home Decor, .basically, he has everything you need for your house, from pillowcase & cushions to mugs & tapestries.

Aforementioned, Joshua Pieters’ net worth includes all his incomes from his YouTube videos, merchandise, and sponsorship. As he has more than 431K followers on his Instagram account, we can only assume he gets a handsome amount of money from advertisers as well. Not only that, but he also earns from collaboration videos.

That said, Josh is never afraid to show his fans how much of a comfortable life he is living. In a video uploaded by him, he drove a tank as an uber driver. A tank doesn’t come cheap, knowing that we can only assume that he is earning a hefty load of cash. Plus Joshua is enjoying a beautiful and comfortable life with his girlfriend Eleanor Butler.