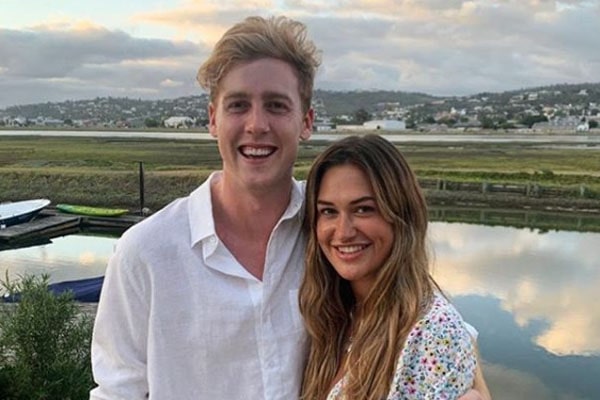 Popular YouTuber Joshua Pieters has been part of YouTube since July 6, 2015, and has accumulated about 125,505,182 views on his 169 available uploads. And guess what? The cutest prankster on YouTube, Joshua finally hit a million subscribers on his YouTube Channel and also got a girlfriend too before the end of the decade. Joshua no longer has to appear lonely on the couple pictures his squad uploads, as he has his beautiful girlfriend, Eleanor Butler, by his side.

So, who is this lady who finally got the heart of Joshua? Let’s know more about the relationship between Joshua and his girlfriend, Elenor Butler.

Joshua Pieters is a South-African cricketer, who played for the ‘South Western Districts’ Under-19 cricket team. However, after leaving behind the cricketer stardom, Joshua, a.k.a. Josh Pieters has been crowned as the professional prankster of YouTube and made quite an image of himself in the YouTube community. He was always around making jokes on his single relationship status and celebrating festivals with his dog and beer at hand. But who would have thought that Joshua would finally get a partner?

Joshua and his girlfriend Elenor are both tall framed and look fantastic together. And our witty Josh seems to be falling more deeply in love with his muse Eleanor. Joshua Pieters’ girlfriend, Eleanor Butler, seems to be like her boyfriend, making funny comments and being witty. They resemble each other so much that fans still seem to think that Joshua is pranking with the help of Eleanor.

Looking at the comments, it seems that Eleanor is a fan of Joshua and even made a fan account of him. They first met for dinner, so we can assume that it was like a fan’s dream come true. Well, Joshua is also lucky to get such a gorgeous girlfriend!

The beautiful couple Joshua and Eleanor, are similar in so many ways. Having the same adrenaline rush and love for travel. The couple travels a lot together, explore new destinations, and spend quality time bonding with each other.

The couple not only travels together but with the whole squad of Joshua’s close friends as well. Joshua is a part of the buttercream squad, which includes other famous vloggers like Casper Lee, Joe Sugg, and so on. Well, Eleanor is already the part of the team as they all share similar humor and energy.