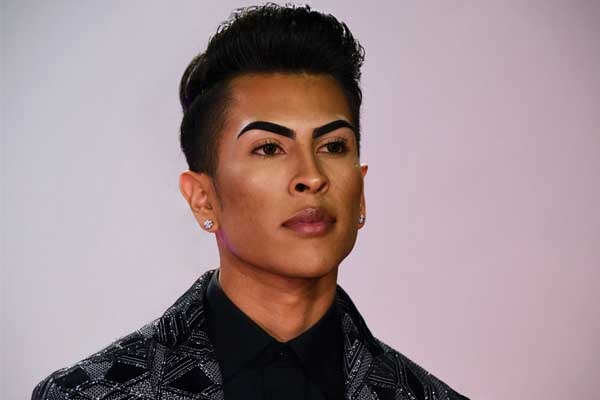 Louie Castro, aka Louie’s Life, is a Youtuber who joined the YouTube community on March 23, 2014, while he was still a college student. He has made a name for himself with his unique personality and bold nature. You can say he is one of the most famous gay YouTubers out there.

Louie started off with vlogging and makeup tutorials, whereas now he has a lot of things going on on his YouTube channel. Some of the most popular videos include a character named Karla, she is a fan favorite. Moreover, Louie’s How To Skits, Spanish Skits, and Challenges videos have tons of views and are quite entertaining. He has gathered a lot of fan followings over the past years, and with fame comes money. So, let’s know how much Louie’s Life’s net worth actually is.

How Much Does He Make From His YouTube Channel?

Louie Castro, before becoming an official YouTuber used to upload 10 to 15-second videos on his Twitter account. He started his YouTube channel for fun at first, as many of his Twitter followers asked him to start vlogging. The reason behind naming his YouTube channel Louie’s Life was, he started off vlogging his school and his pet, and his basic routine to simply introduce his life to the YouTube community. Once he got a firm following, he began uploading makeup tutorials, challenge videos, and started exploring other popular vlog ideas.

Now with more than 2.25 million-plus people subscribed to his YouTube channel and nearly 1.83 million views on his videos, he has successfully earned a handsome amount of cash. According to Social Blade, Louie makes about $1.7K to $27.8K a month and $20.9K to $334K a year from his YouTube Channel. He also earns from sponsorships, advertisements and has his own line of merchandise.

His Earnings From Merchandise

Like every YouTuber out there, Louie also has his own line of merchandise. With such a massive fan following, Louie’s Life’s merchandise runs out of stock really quickly. If you are a hardcore fan of the YouTuber, you must already know that he has his own website named after him where you can purchase his merchandise.

Louie’s Life’s net worth surely comprises the money he collects from selling his merch. So, it is quite important for him to sell as much merch as possible. So, his merchandise is sold not only on his website but also on Amazon, Teespring, and Teechip. Some of Louie’s Life merchandises’ prices are enlisted below:

Furthermore, we can see him promoting his merchandise on social media too. He often does gives away and shares discount code on Twitter.

Did you know He Has A Bunch Of Other Secondary Sources Of Earnings?

Everyone knows in today’s world, digital marketing is the most efficient way of advertisement. It’s the reason an ad suddenly pops up while scrolling down Instagram, Facebook, and other popular platforms. People with lots of followers are getting paid to show ads and are sponsored to advertise products. Same case scenario, Louie Castro is also getting paid to show ads and advertise products on his Instagram and YouTube videos.

In addition to that, when we scroll down Louie’s Instagram account, we can see him advertise Cheetos, Lipsticks, and other beauty products. He also announced Louie and the Baddest Perras Tour on his Instagram page. Louie’s tour involved his dear friends Ally Hills, Jackson Krecioch, and Larray Merritt.

His tours are sensational, and he is successful in generating a whole lot of money from that too. Not only that, his meet and greet is also a hit and his fans seem really excited to see him.

Furthermore, if you are Louie’s Life fan, then you must already know that he has done a ton of collaboration videos, and they have been viewed by thousands of people. So, we can assume he has gained his fair share of the money earned from those videos too.

Hence we can conclude that Louie’s Life’s net worth must be grand and it comprises all of his earnings from his videos, sponsorships, and merchandise.