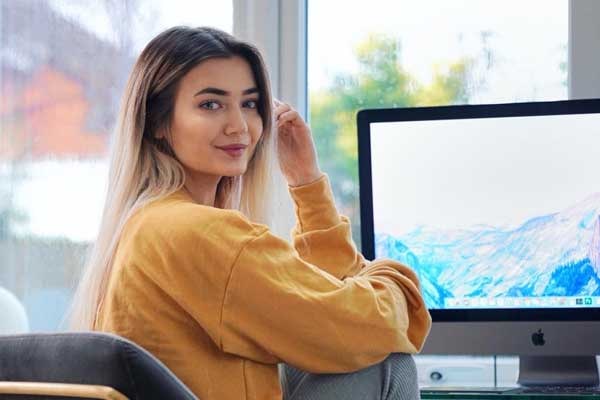 YouTube is a platform that has provided many people with the opportunity of a lifetime. Anyone, any random guy down the street, can upload a video on YouTube and can earn some bucks. So we can say YouTube has reduced the problem of unemployment by some percentage. Many people have made YouTube their primary source of Income, and Roksana Janiszewska is one of them.

Roksana Janiszewska runs a YouTube channel named Roxxsaurus, which she created on 26th December 2012. Born on March 14, 1996, she moved to Rugby, England, when she was 8. Roksana is a makeup expert and an artist-illustrator. She uploads videos on her YouTube channel twice a week and often blogs on Tumblr. That said, let’s get to know much Roxxsaurus earns from her YouTube channel.

As mentioned above, Roksana is one of those fortunate people who have made it big on the YouTube platform. To date, she has nearly four million-plus subscribers and over 366 million-plus views on her YouTube channel. So, it’s no surprise that Roksana Janiszewska’s net worth is of thousands of dollars. According to her SocialBlade, Roxxsaurus earns $2.8K to $45.1K a month and a grand estimated sum ranging from $33.8K to $541.3K a year from her YouTube videos.

Furthermore, Roksana uploads videos related to Fashion, Simple Life Hacks, DIYs, Craft Ideas, Makeup Tutorials, Hair Tutorials, and many more. She not only earns money from her videos but also from sponsored posts on Instagram and sponsored videos from companies like Boots.

Merchandise & Other Sources Of Income

Apart from her YouTube channel, Roksana also earns from the sales of her own line of merchandise like Tops and T-shirts, both of which costs nearly $24.89. Well, her T-shirts are quite famous among her fans, so it won’t hurt to say that her merchandise just adds to her fortune. Plus, she has her own line of makeup kit.

Roksana is also a blogger, as mentioned above, so she likely earns from her daily blogs too. Not only bogging but also from endorsing many reputed companies like Nivea, Gigi Hadid, Hairburst, and many more, she must have had her fair share of the cash. Roksana Janiszewska aka Roxxsaurus’ net worth must include all her income from endorsement and ads so, her wealth must likely be grand.

Roksana Janiszewska’s boyfriend Matt Gibbs is also a YouTuber. The lovely couple has had a lot of collaboration over time being. While his girlfriend primarily focuses on makeup and life hacks, Matt focuses on comedy and sketches. He has over 27K subscribers and nearly two million views on his channel. Like his partner Roksana, Matt’s talent is not only confined to a specific thing. He is a man of multi-talents, he is part blogger, a filmmaker, and a photographer.

Plus going through the pair’s social media profiles, we can see how much of a lavish life the duo is living.

Well, we can assume Matt’s earnings from his YouTube channel must also be a commendable one. Furthermore, Roksana’s fans are quite interested in her love life so, whenever she uploads a video with her boyfriend, her video gets a lot of views. The lovely couple is soon to exchange their vows, so let’s wish them the best of luck for their bright future together.