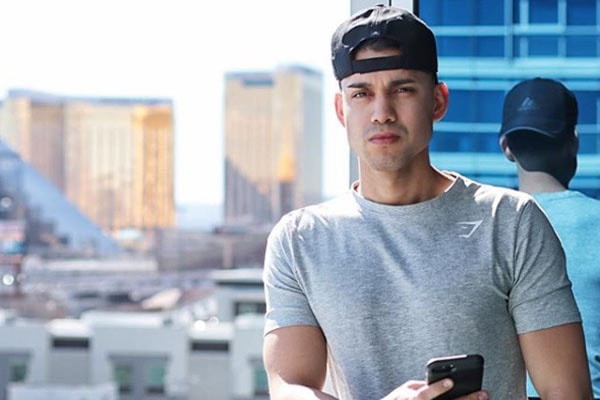 The YouTuber Ruben Sole‘s net worth is estimated to be $600,000. He has earned his fortune from his successful YouTube channel EpicFiveTV. Plus he has also launched two other channels on YouTube EpicFiveLive and one under his name Ruben Sole.

The 30-year-old Ruben first had first created a YouTube channel named Infamous Epic. He mostly uploads prank videos and vlogs on his YouTube channel. People dig his channel so that he has gained fame in a short period.

The YouTube star Ruben Sole’s Net worth is estimated to be $600,000. His primary source of earning is his YouTube channel. Ruben has now got three channels which generates him a decent amount of money. According to Social Blade, Ruben Sole earns an amount ranging from $15.8K to $253.3K from his EpicFiveTV.

Ruben Sole has got over 1.9 million subscribers and 395+ million views on his EpicFiveTV channel. Going through his videos, it looks like Ruben spends most of his time in Las Vegas.

As for his other YouTube channels, EpicFiveLive and Ruben Sole, they earn $599-$9.6K and $743-$11.9K respectively. Though his other two channels don’t make as much as his first channel the amount of sum is undoubtedly a plus point to his net worth. With all that money flowing in, no wonder Ruben Sole’s net worth is estimated to be $600,000.

With that much net worth, we expect Ruben to flex his riches, but instead, he lives a low-key life. He might have cars and stuff but doesn’t upload its photos. Mostly his Instagram is filled with his snippets of prank videos. And once in a while, he does upload photos and videos of hanging out in clubs and carnivals. Plus he spends his time in Las Vegas so we can say he has got a lavish lifestyle.

In the span of over a year, Ruben Sole’s body went from zero to hero. He followed his daily routine of exercises and nutrition and got one heck of a six pack body.

After joining YouTube Ruben’s fame and net worth, both had a rise.