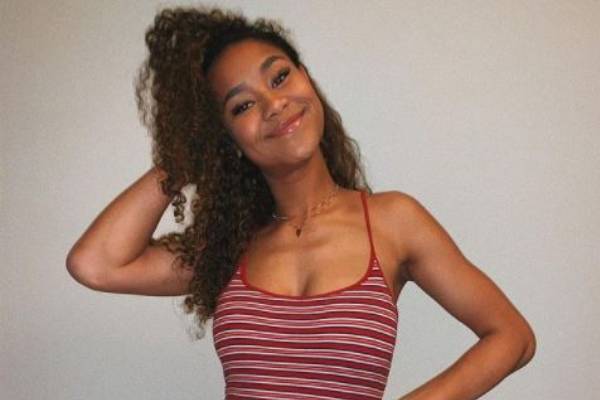 Briana McKnight is best known as one of the children of American singer-songwriter Brian McKnight. However, she is now on the path of establishing her own name in the music industry. The beautiful Briana also came into the limelight due to her issues with her father.

While she grew up as a member of a popular family, Brian McKnight’s daughter, Briana, is private about her life. However, we have managed to collect few facts about her. So, stay till the end to learn more about her.

Is The Daughter Of Brian McKnight And Patricia Driver

Many know that Brian McKnight is the father of the emerging musical star. However, the identity of Briana McKnight’s mother was a mystery up until now. McKnight is the daughter of Patricia Driver, who might have been one of Brian’s ex-partners. She was born on November 26, 2001, in Scottsdale, Arizona. McKnight’s father was married to his first wife, Julie McKnight, during this time.

Apart from these tidbits, not much is known about Briana’s childhood. She has kept mum about her life before fame and seems to enjoy the privacy. However, Brian McKnight’s ex-wife once revealed that Briana was introduced to the McKnight family when she was a little girl. The young woman seems to have made quite an impression as she is very close to Julie.

Briana McKnight is the only daughter of Brian and his former partner, Patricia. However, she has many half-siblings from his father’s side. She has three half-brothers, Brian McKnight Jr., Niko McKnight, and Clyde McKnight. Among her three brothers, she shares a close bond with Brian Jr. and Niko. She even acknowledges that they are father figures for her.

On the other hand, Briana McKnight’s relationship with her other half-sibling, Clyde, is a mystery. They seem to have never interacted with each other, despite being the children of the Grammy-nominated artist. Moreover, Briana has also mentioned a younger sister in one of her Instagram posts but did not reveal her identity.

Does Not Have Good Relation With Her Father

Despite being one of Brian’s four children, Briana McKnight does not have a good relationship with him. In August 2019, Briana shared a lengthy post on her Instagram stating that she was never “Daddy’s little girl.” She talked about how even as a child, she believed it was her fault that her dad did not visit her. She even revealed that her calls would have to go through a stranger rather than her father.

Briana McKnight also talked about how she was never the first priority for her father. She shared her experience of her dad praising someone else while she was waiting for his acknowledgment. McKnight expresses her hurt in the post and even states that her younger sister is going through the same thing. She shared her story after her older brother, Brian Jr., accused their father of abandoning his children.

It is unclear if Brian McKnight and his children have talked about the issues. And while Brian Jr. took down his post, Briana’s side of the story is still present on her profile. We can only hope that the McKnight family has worked things out. And even if they haven’t, young Briana has her brothers and her “moms,” Julie, by her side.

Aforementioned, Brian McKnight’s child, Briana, was born and brought up in Scottsdale, Arizona. She attended Xavier College Preparatory, a private high school in Phoenix. McKnight was part of her high school volleyball team and won back-to-back state championships in 2017 and 2018. She played in state tournaments all four years and even collected a trio of All-Region and All-conference nods.

McKnight was named to the All-Arizona team and even received an Arizona High School Athlete of the Year nomination. Moreover, Briana competed for the Aspire Volleyball Club from 2016 to 2018. She also played for Arizona Storm in 2015-16 and 2018-2020.

After graduating from high school, Briana McKnight joined the University of California Santa Barbara and is committed to the Women’s Volleyball team. She is studying film and media and is a member of the Pi Beta Phi fraternity. Brian’s daughter is a student-athlete, and we wish her all the best for her college years.

Pursuing A Career In Music

With the blood of R&B artist Brian McKnight running through her veins, it is no surprise that Briana McKnight has pursued a career in music. However, rather than her father, she enlisted the help of her brother, Brian Jr., for her first song. The McKnight siblings worked on Briana’s debut single, Do It, released in August 2020.

Brian Jr. produced the single through his production team, Care About The Sound (C.A.T.S.). Briana’s vocals are beautiful, and her proud brother stated that she has natural swag. McKnight has yet to release her other works, but it will definitely be amazing if her first song is any indication.

While Briana is still pursuing a degree in film and media, she has already stepped into the business world. McKnight is the owner of the clothing brand, Foul Saints. She founded the brand with Joe Feeney while still in high school. The brand is based in Arizona and already has many products in its store.

Given below are a few of the products from Foul Saints and their prices.

As the co-owner of the clothing brand, Briana must have earned a significant amount. Many of the items on the online store are sold out, so there is no doubt about the business’s success. It seems like Brian McKnight’s daughter has not only singing and athletic skills but also a business mind.

The eldest daughter of Brian McKnight has already tried her hands in different ventures. We will have to wait and see if she continues her musical journey or become an athlete. Nonetheless, we hope that Briana McKnight finds success in whatever she chooses to do in the future.