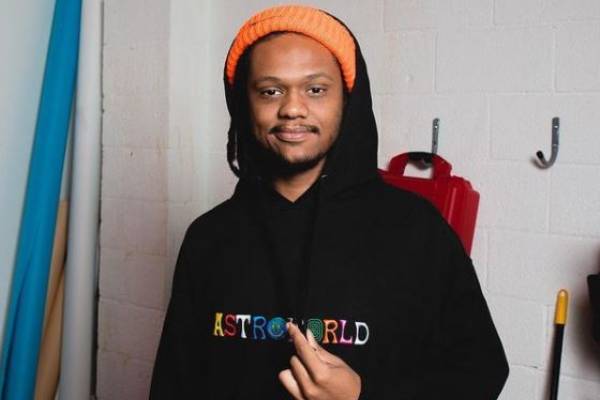 Niko McKnight is a name known for his involvement in the music industry since he was young. Being the son of the multitalented artist Brian McKnight, Niko has also worked his magic in the entertainment field. Moreover, the McKnight family is also known due to their highly publicized family troubles.

However, Brian McKnight’s son, Niko McKnight is far more private than his father. But we have put together some interesting facts about him. So, go through the article to get to know him better.

While Niko McKnight is now known to the world as a musician, he was first introduced as the youngest son of Brian McKnight and his ex-wife, Julie McKnight. Niko was born in 1992, only two years after his parent’s marriage. As stated, he is the second child of the former pair and has a big brother named Brian McKnight Jr., born in 1990.

Both of the McKnight boys were born and brought up while their father was new to the music industry. Niko McKnight’s dad, Brian, released his debut studio album, Brian McKnight, the same year he was born. Furthermore, the emerging artist was raised by his mother, Julie, who is also a singer-songwriter. McKnight was in his early teenage years when his parents separated.

Is A Big Brother To Several Half Siblings

While Brian McKnight Jr. and Niko McKnight were the only children of their parents together, they have several half-siblings from their father’s side. Niko has a half-brother named Clyde McKnight and a half-sister, Briana McKnight, from his dad’s relationship with other women. He shares a close bond and is an inspiration to both of them.

Briana has even acknowledged that Niko and Brian Jr. are father figures for her.

Apart from Briana, there are also reports about McKnight’s other sister. In one of her posts, Briana has mentioned a younger sister. But it is unclear if she is also Brian McKnight’s daughter. Furthermore, the young musician also has two step-siblings from his father’s marriage to Leilani Malia Mendoza. Niko McKnight’s stepsiblings are Julia McPhee and Jack McPhee.

Does Not Have A Positive Relationship With His Father

Aforementioned, Brian McKnight’s son Niko and Niko’s siblings do not have a positive relationship with him. In August 2019, Niko’s brother Brian Jr. opened up about how their father abandoned their family. Briana also talked about the non-existing relationship between herself and her father. She also added that her brothers were the ones who were father figures to her and helped raise her.

After the accusations, Niko McKnight’s father, Brian, responded to the claims and denied it calling it all nonsense. Whether or not the McKnight family has made up is unknown, as the 16 times Grammy nominee has not talked much about his previous wife and children. However, he has nothing but good words for his second wife, Leilani, and two stepchildren.

While Niko’s siblings accused their father of abandonment, he did not take part in the attack. It is unclear if he also thinks the same way. But looking at his brother and sister’s take on the matter, they are not on talking terms with their dad.

Niko had previously worked with his dad. On the other hand, Niko McKnight’s mother is very close with her sons as well as her stepchildren.

As the son of two talented singer-songwriters, it is no surprise that Niko also pursued a career in the same field. He and his older brother, Brian Jr., both worked on their father’s music and even toured the world with him. The trio even sang the National Anthem for the 2011 MLB Opening Day in Cincinnati. The brothers continued to accompany their dad to shows for some time before working on their own projects.

It is unclear when or why Niko and Brian Jr. stopped working with their father. But the duo founded the production team, C.A.T.S. (Care About The Sound), with the help of Thomas Williams. They produced music in different genres like country, rock, blues, and urban. McKnight was also a significant part of his brother’s EPs and LPs.

Besides working on his father and brother’s music, Niko was also involved in making Luca Hanni and Ray J‘s songs. According to SoundBetter, he works as a guitarist and producer and charges a certain amount for his works. Given below are the average price he charges for his service:

Brian McKnight’s second son has continued to work on his own as well as other’s music. The emerging artist has shared snippets of his mesmerizing work on his social media handles. Let’s hope Niko’s fans get to hear more of his musical skills in the coming days.

In addition to music, Niko McKnight has also mastered the skill of photography. While he previously took pictures for his own enjoyment, Niko has now made it his profession. As per his LinkedIn, McKnight now works as a photographer for the creative agency and production company, Times10.

The company has worked with and for many artists and brands like Trey Songz, Panic! at the Disco, Nike, Interscope Records, Jason Derulo, and many others. As the photographer for the company, Niko might have been involved in various high-profile campaigns, which helped him earn a considerable sum and fame in his own rights.

Much of Brian and Julie McKnight’s son’s life and career is out in the open. However, he is very secretive about his love life. However, one look through his Instagram gave the impression that Niko is in a relationship. While preferring privacy, McKnight has shared a few tidbits about his romantic life, including the identity of his partner.

Niko McKnight’s girlfriend is the founder of Cannabis Healing Oneness. She goes by phoenixelbow on social networking sites and also operates an onlyfans account. She has been a constant presence on Niko’s Instagram for many years and is one of his muses.

Furthermore, in a picture from October 2020 posted by McKnight’s partner, there is a board with the message “She Said Yes” in the background while the pair shares an intimate moment. While neither of them confirmed, it seems like they might have got engaged then. Many of their friends even shared congratulatory messages in the comments.

For many months neither Niko nor his rumored bride-to-be revealed much about their relationship. But in a recent post, McKnight mentioned his fiancée which has confirmed their engagement.

Let’s hope the pair are more open about their life together in the future. And, we wish the beautiful couple all the best for their future.

5 Interesting Facts About Kinley Mochrie, She Is Colin Mochrie And Debra McGrath’s Daughter