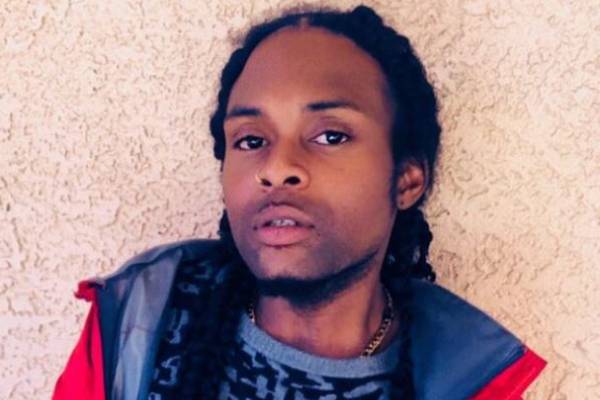 Clyde McKnight was born to the R&B singer-songwriter Brian McKnight. Clyde himself is a musical artist and has found immense fame from his career. But, unfortunately, the McKnight father-son duo rarely interacts with each other, and many don’t even know about their relationship.

Besides finding fame due to his father, Clyde has also established himself in the music industry. Very little is known about the musical artist, but we have accumulated a few facts about him. So, let’s go through the article and learn more about Brian McKnight’s son, Clyde McKnight.

Clyde Was Born To Brian McKnight In The Early 90s

Clyde McKnight was born on April 29, 1992, in Seattle, Washington. He is the son of popular R&B artist Brian McKnight, but the identity of his mother is yet to be revealed. McKnight grew up in Seattle, away from the glamour industry. His mom might have raised him since his dad, Brian, was married to Julie McKnight when he was born.

Moreover, Clyde’s father separated from his wife, Julie, in 2003 and has since married the love of his life. Brian and his second wife, Leilani Malia Mendoza, have been in the spotlight since the early days of their relationship. On the other hand, Clyde McKnight’s mother prefers to stay away from the media.

Has Many Half-Siblings From His Father’s Side

Aforementioned, Clyde McKnight’s father, Brian, was a married man when he was born. Moreover, McKnight Sr. already had two sons from his marriage to Julie. Clyde’s half-siblings, Brian McKnight Jr. and Niko McKnight, were from his first marriage.

Brian McKnight’s sons, Brian Jr. and Niko, were raised by their parents in their earlier years. But after the former McKnight couple’s divorce, the siblings lived with their mother.

Furthermore, Clyde is also a big brother to Briana McKnight, Brian’s daughter from his relationship with Patricia Driver. Both Briana and Clyde were born while their father was still married to Julie. So, they might have been born from Brian’s extramarital affairs. However, neither of the siblings has talked about their parentage.

Apart from his half-siblings, Clyde has two step-siblings from his father’s second marriage. Brian McKnight’s wife, Leilani, had two children, Julia McPhee and Jake McPhee, from her previous relationship. Clyde McKnight’s father shares a close bond with his step-brother and step-sister.

Clyde’s Half-siblings Accused Their Father Of Abandoning Them

While Clyde McKnight himself has never talked about his dad, his half-siblings have been open about their fragile relationship with Brian. It is unclear when the bond between Brian McKnight and his children broke. But it all came into the spotlight after Brian Jr. blasted his father in a since-deleted Instagram post. In the post, he asked his followers to stop supporting the singer since he had abandoned his own children.

Moreover, McKnight’s sister, Briana, has mentioned that their father was never fully present in her life. She even said that she had to go through unknown strangers to talk to her dad and never received a birthday message from him.

While two of Clyde McKnight’s half-siblings have talked about their estranged relationship with their father, he has stayed away from the issue. Clyde has never revealed much about his life and family.

Brian McKnight’s Son, Clyde, Is A Musician And Dancer

Being the son of R&B royalty, it is no surprise that Clyde McKnight has pursued a career in music. He inked a deal with Interscope and Queen Bee Ent as a teenager which helped launch his career. McKnight released his first single, Simon Sez, in 2009, which reached no.90 on Billboard’s R&B/hip-hop charts.

Over the years, McKnight has released mixtapes, albums like 11:11, THE LP, and singles including Smooches, Undress, Loving You, and We Are All.

Moreover, McKnight is also a dancer and has choreographed music videos for Kelly Rowland and other artists. Clyde also has writing credits for Afrojack‘s song with Chris Brown, As Your Friend.

Clyde has not found as much success as his father, but he has put out unique music that many have loved. Brian McKnight’s son has been involved in numerous projects in various capacities and has earned a considerable amount.

Nevertheless, we hope that Brian McKnight’s son, Clyde McKnight, is enjoying his life. We wish him all the best in his professional and personal life.