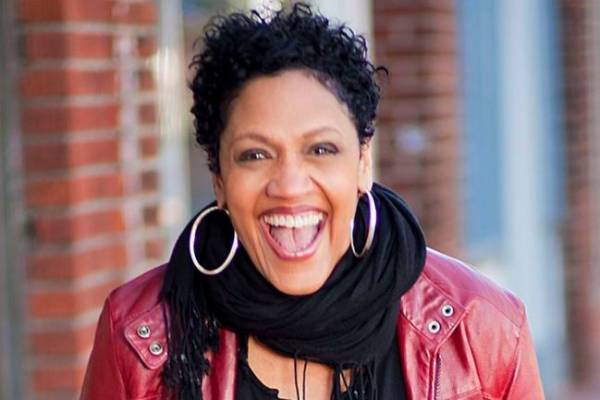 American musician Brian McKnight was once married to the fellow songwriter, Julie McKnight. The pair were together for few years, but their marriage did not survive the test of time. Since then, the former couple has moved on with their respective life.

Many know about the multitalented artist Brian’s life after divorce. But Julie is very private about her life. Nevertheless, we have collected a few pieces of information about her.

So, stick with us till the end to know more about Brian McKnight’s ex-wife, Julie McKnight.

Was Married To Brian For Thirteen Years

Julie McKnight and her ex-husband, Brian McKnight, first met while they were in college. The pair started dating soon after and then got married in 1990. Interestingly, Brian was expelled from Oakwood College for having his girlfriend in his dorm room, violating the rules. His girlfriend also faced the same punishment. Since the singer was attending college from 1987 to 1989, it might be possible that Julie was his then-girlfriend.

Brian and Julie got married in a private ceremony in 1990, after only a few years of dating. However, their relationship suffered due to Julie’s then-husband’s rising fame. The pair reportedly separated twice but continued working on their marriage. Finally, after thirteen years together, the former McKnight couple divorced in 2003.

While Julie McKnight’s marriage to Brian did not result in happily ever after, they were blessed with two children. Julie gave birth to their son Brian McKnight Jr. in November 1990, while Niko McKnight was born a few years later. McKnight raised her kids while her husband was making music and touring the world. While the McKnight siblings had a good relationship with their father during their childhood, they are now not on speaking terms.

Both of Julie McKnight’s sons, Brian Jr. and Niko, have inherited their parent’s musical gifts. So naturally, they are involved in the music industry, keeping the McKnight legacy alive. The talented duo formed a production team, C.A.T.S. (acronym of Care About The Sound), in collaboration with Thomas Williams. Brian Jr. also worked on his father’s hit track, Marry Your Daughter.

Apart from her two musician sons, Julie is also a loving mom to Briana McKnight. She is the daughter of One Last Cry singer from his other relationship. While Briana does not have a loving bond with her biological father, his ex-wife is an integral part of her life. Julie McKnight too addresses her as her daughter and loves her as her own. However, Julie seems to have no relationship with her ex-husband’s other son, Clyde McKnight.

As stated above, Brian McKnight’s ex-spouse, Julie McKnight, is also a talented singer and songwriter. McKnight grew up surrounded by music and began writing and singing professionally at 15. Julie might have kept her musical career on hold after the birth of her sons. However, she has picked it up and has now collaborated with numerous artists.

Furthermore, Julie has performed live at many music festivals around the world. She has traveled to various countries performing live and mesmerizing the audience with her voice. Julie McKnight’s social media pages are filled with her performances and information about the events she is participating in. Looking through the videos she shares, it is no surprise that Julie is a talented music artist.

Well, Julie is showcasing her singing and writing skills every chance she gets. And with both of her children pursuing a career in music, we might see the McKnight family collaborate in the coming days.

Enjoying Her Life As A Grandmother

Along with her roles as an entertainer to the world and mother to her children, Julie McKnight has now added being a grandmother to the list. McKnight first became a grandma or gigi in 2014 when her son, Brian Jr., and his then-girlfriend, Lauren Witherspoon, gave birth to a boy, Brian McKnight III. Additionally, the pair had a little girl named Ember McKnight in 2019. The young McKnight babies are the apple of their grandmother’s eyes.

McKnight loves both of her grandchildren very much. She is constantly sharing their pictures with loving words for them. Julie also expresses her gratitude to the children’s mother, Lauren, for making her their grandma.

Going through Instagram, it is clear that Brian McKnight’s ex-wife, Julie, is enjoying her life as a grandmother as well as a musical artist.

While Julie is living her life to the fullest as grandma to Brian Jr.’s young children, her ex-husband has found love again. Brian McKnight is currently married to Leilani Malia Mendoza. Brian has been vocal about his love for his second wife, even calling her the love of his life. The Marry Your Daughter singer even said that it took him 42 years to find his other half.

Furthermore, Julie McKnight’s ex-spouse has talked about the lessons he earned from their failed marriage. He said that compromising on one thing leads to problems in the future. Moreover, he alluded that tying the knot in his twenties was a mistake and asked people not to do what he did. He has rarely talked positively about his first marriage.

On the other hand, Julie McKnight has maintained a distance from the media. She has kept her silence regarding her failed marriage and the troubled relationship between her children and ex-husband. McKnight likes to keep her thing private, and her continued silence proves it.

Nevertheless, we hope the best for Julie McKnight and her family. Whether she will find love again like her ex-spouse is unknown, but there is no doubt that Julie is enjoying her life to the fullest.