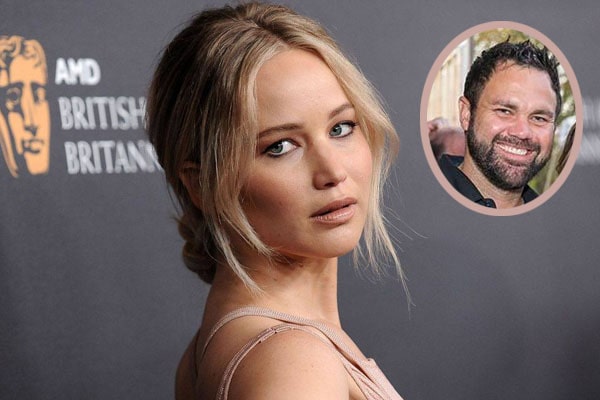 Ben Lawrence is the brother of the famous American actress Jennifer Lawrence, born to Gary Lawrence and Karen Lawrence. He is one of the role models and supporters of Jennifer who helped her to be one of the most recognizable figures in the American entertainment industry.

With the increasing stardom of Jennifer, people are curious to know about her brothers who helped shape her. So, here, let’s learn a bit more about one of Jennifer Lawrence’s brothers, Ben Lawrence, including his professional and personal facts.

ALSO READ: What Do Robert Patrick’s Siblings Do In The Present?

Ben Lawrence is the eldest brother of actress Jennifer Lawrence. Besides his beautiful little sister, Jennifer, he has a brother named Blaine Lawrence, who arrived some years after his birth. Together, Ben and his two younger siblings, Jennifer and Blaine, grew up in Louisville, Kentucky, and spent their childhood like all other normal kids.

Growing up, Jennifer Lawrence’s brother, Ben Lawrence, attended Ballard High School. After completing his high school education, the eldest of Lawrence’s siblings enrolled at the University of Kentucky. He seems to have earned a degree in IT.

According to his brother Blaine’s Facebook profile, he too graduated from the same high school and university.

Ben and his other two siblings grew up at their mother, Karen Lawrence’s day camp titled ‘Camp HiHo.’ They used to help their mom and her team members with their work during summer camps. But, now Ben’s younger brother, Blaine, owns the camp and runs it for the kids.

While his sister is making a name in the industry, and his brother is working as a camp owner, Ben Lawrence seems to have an interest in computer technology. So, he is currently in the tech business.

Aforementioned, Jennifer Lawrence’s brother, Ben Lawrence, seems to have graduated with a degree in computer technology from the Kentucky University as he currently has a job in an IT company. Or else, he might have taken IT training from other institutes to work in the IT field.

Currently, Ben Lawrence is one of the managing partners at Louisville Geek, a company that provides IT services to small to medium-sized businesses.

According to Ben Lawrence’s Linkedin profile, his primary area of focus within the company is overseeing its marketing department. Besides being a full-time employee at Louisville Geek, Ben might also help his sibling, Blaine, to operate his camp, founded by their mother.

When not busy with works, Ben Lawrence spends his time meeting his siblings and spending quality time with his family, including his wife and kids.

Married And A Father To Three Kids

The eldest brother of Jennifer Lawrence, Ben Lawrence is a family man. He reportedly married the love of his life, Meredith Lawrence, in 2010 in front of their close ones. Ben’s little sister, Jennifer, served as the maid of honor on their big day.

Ben Lawrence’s wife, Meredith Lawrence, also graduated from Ballard and Western Kentucky University. So, it looks like they fell in love with one another and chose each other as their life partners during their high school days.

Currently, Meredith is the director of her sister-in-law’s Jennifer Lawrence Arts Fund in Louisville, which she runs with her in-laws, Gary Lawrence and Karen Lawrence.

The years-long marital relationship of Ben and Meredith Lawrence has given them the privilege to become parents to three kids. They have two sons and a daughter.

Furthermore, all three of Ben Lawrence’s kids are very close with their famous aunt and visit her sometimes with their parents, during special occasions.

Relationship Between Jennifer Lawrence And Her Brother

Ben Lawrence is very close with his celebrity sister, Jennifer Lawrence. While his sister is achieving massive success in the entertainment industry, he is always beside her as one of her biggest supporters and inspirations. Jennifer herself often proudly reveals in her media interviews that her brother, Ben is her role model. She grew up learning to be tough and strong like both of her brothers.

Ben Lawrence often appears alongside his sister and other family members at various public events. Seeing their bonding, anyone can easily notice that the brother-sister duo love each other and are always there for one another in every situation. We hope to see their attachment increasing with time in the upcoming days.