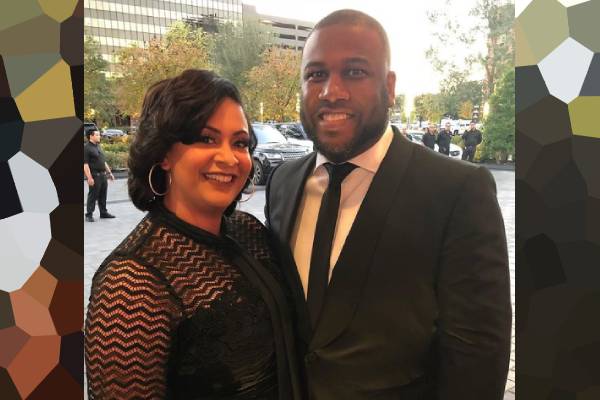 Charles Paul Jr., born Charles Edward Paul Jr., is known for being the older brother of the renowned NBA player Chris Paul. The latter is an American professional basketball player who plays for the Phoenix Suns as a point guard. Charles, also known as C.J. Paul, serves as his little brother’s personal manager.

The fans of the NBA star have always been curious about his family. So naturally, they must also be interested in knowing about his brother’s partner. So now, in this article, we will be seeking to learn about Chirs Paul’s sister-in-law and Charles Paul Jr.’s wife, Desiree Paul.

Desiree Paul is from New Orleans who was born in the month of March. She comes from a small and poor city that is rich in culture. However, she isn’t ashamed of her grounds; instead, she is proud of it and says she refuses to let it go.

Chris Paul’s sister-in-law is a generous and empathic person who knows the value of giving back to society. She and her husband, Charles, co-founded the Chris Paul Family Foundation together with their other family members. The corporation strives to level the playing field in Education, Sports, and Life.

Moreover, Charles Paul’s partner is a writer. Desiree has a blog through which she likes to share her thoughts and beliefs.

Married After Dating For Three Years

Well, it is unknown how and when the pair met, but they are said to have met in New Orleans and started dating each other in 2008. After dating for three years, the duo decided to take their relationship to the next level. Charles and Desiree exchanged their vows on August 20, 2011.

The couple has been together for over a decade now and will be celebrating their 11th wedding anniversary in August. Although they might have faced some ups and downs in their marriage, their bond must be very strong, considering how long the duo has been with each other.

The pair frequently upload pictures with captions gushing about one another on their social media handles. Charles Paul Jr.’s wife thanks him for making her laugh and giving her joy in her posts about him. Likewise, C.J. Paul often shows appreciation for his lady on his Instagram content for being a lovely wife and an incredible mother.

Desiree Is A Mother Of Two

After being married for about two years, the couple welcomed two children into their family. Charles Paul Jr.’s wife gave birth to two lovely fraternal twins, son Carder Paul and daughter Chloe Paul, in December 2013. The twins will be turning 9-year-olds in the coming December.

Carder and Chloe have a joint Instagram account which is co-run by their parents. Their mother and father frequently upload photos of their day-to-day lives on their social media handle. Going through them, we can see that the twins have started going to school. Furthermore, Charles Paul Jr.’s children also enjoy playing basketball at their school.

Chris Paul’s nephew and niece also frequently appear on their parents’ social media handles. Well, it is clear that the little ones are much adored by their family and are growing up in a loving environment.

The bond between the Pauls seems to be quite absolute. Desiree’s in-laws, Charles Edward Paul and Robin Paul, her brother-in-law, Chris, sister-in-law, Jada Paul, and niece, Camryn Alexis Paul, and nephew, Christopher Emmanuel Paul II often have family gatherings. Nevertheless, we wish Desiree and her entire family a prosperous and happy life in the future.