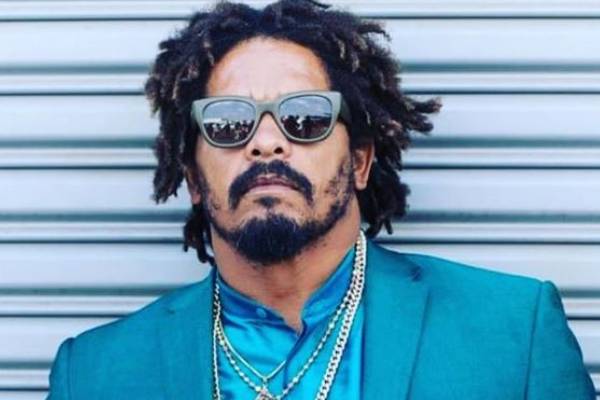 Rohan Marley has amassed a significant wealth in thanks to his successful business ventures. Image Source: Rohan Marley Instagram.

Rohan Marley is the only child of reggae artist Bob Marley and his partner Janet Hunt. He is also famous as a Jamaican entrepreneur and former footballer. Furthermore, he has been involved in several business ventures in his career, thus helping him earn more popularity and fortune at the same time.

Rohan played football for a brief and had good career stats. He is still very active in his business ventures which he started many years ago. So, how much has the reggae artist’s son accumulated to his name in all these years as an entrepreneur? In this article, let’s find detailed information about Rohan Marley’s net worth and earning details.

Rohan Marley Net Worth And Earnings

As an entrepreneur, Marley has been working on many business ventures that he started. So, there’s no doubt that he has earned millions to his name. Well, as per The Richest, the 42-year-old Jamaican former football player Rohan Marley’s net worth is estimated to be $20 million.

So, how did Rohan earn such a huge sum? What are his earning sources? Let’s know all about it here.

Income As A Football Player

Rohan Marley had attended Miami Palmetto Senior High School, from where he graduated in 1991. Then, he enrolled at the University of Miami the same year and played as a linebacker for the Miami Hurricanes football team. He played alongside Ray Lewis, Dwayne Johnson, and Warren Sapp.

Later, in 1995, Rohan joined the Ottawa Rough Riders, now known as the Ottawa Redblacks, of the Canadian Football League. He played with the team for one year. According to an article published by The Baltimore Sun in 1994, the CFL had a salary cap of $1.5 million (2 million CAD). So during his one-year stint with the Rough Riders, Marley must have made a considerable income.

In 1999, Rohan bought 52 acres of land atop Jamaica’s Blue Mountains. This region is considered one of the most prized coffee-producing regions in the world. Almost a decade later, in 2009, he started a coffee company, Marley Coffee, in the same land that he had bought in 1999. Moreover, he even warned his farmers not to use any kind of pesticides.

After more than a decade, the coffee company has sold its coffee in thousands of stores globally. In 2011, it went public under the name Jammin Java Corp. In an interview with Business Insider, the company’s CEO, Brent Toevs, stated that in 2014, the company’s products were sold in more than 8,800 stores in North American alone. Plus, in 2013, it was only available in 300 stores.

As of October 2013, Rohan’s coffee company had a revenue of just $4.6 million in just nine months, up from $1.4 million of income generated in the same period a year earlier. And since the store featuring their products grew in 2014, the company’s revenue must have also increased significantly.

Here are some of the roasts from Marley Coffee and their respective price.

Apart from the roasts, the company also sells different types of single-serve coffee pods that are compatible with Keurig machines. Rohan’s coffee company is the largest employer in the Jamaican city of Kingston.

Furthermore, Bob Marley’s son has not only founded but also serves as the chairman of the board. Due to which Rohan Marley’s net worth must have increased considerably.

Income From Other Business Ventures

As mentioned earlier, there’s no doubt that Rohan has earned a significant sum of money as the founder of the coffee company. Apart from that, he has also run several other family businesses, which must have helped increase his wealth.

In 1965, Rohan Marley’s dad, Bob Marley, founded Tuff Gong International. And the former footballer who carried on his legacy, took the brand and the inimitable Marley style and applied it to Tuff Gong Clothing Company, which he runs along with his brothers.

Similarly, Rohan Marley is the director of the House of Marley. Rohan and his siblings founded it to lend Bob Marley’s name and image to a line of iPod speaker docks, boom boxes, and headphones. The House of Marley line of audio products was launched in January 2011 and are sustainable, eco-conscious, and designed to assist charitable causes.

Some of its audio products, along with their prices, are given below.

The House of Marley also supports the Marley family charitable organization 1Love, which Rohan and his family members started. It is a global movement that is dedicated to spreading the positive messages of Bob Marley to a new generation of “Young Gongs.”

Similarly, Rohan is the co-founder and chief passion officer at Gisges/Fortune Rookies Ltd. It is a new mobile app that provides the ability to brands, users, and merchants to delight and surprise people by sending them exciting messages along with delicious treats which they find in cafes, bars, and restaurants.

As Rohan is still engaged in all the business mentioned above, there’s no doubt that he will earn a considerable sum in the coming days.

His Dad Had Earned Millions From His Musical Career

As stated above, Rohan Marley is the only child of Bob Marley with Janet Hunt. His dad is considered the pioneer of reggae and gained immense fame and fortune through his musical career.

According to The Richest, Bob Marley’s net worth is estimated to be $130 million. And even after his death, Bob’s estate continued to profit from his music career. Moreover, he was the eighth highest-paid dead celebrity in 2020, with earnings of $14 million.

Being one of the kids of such a famous and wealthy singer, Rohan must have inherited his dad’s wealth. He and his siblings, Cedella Marley, David “Ziggy” Marley, Stephen Marley, Robert “Robbie” Marley, Karen Marley, Stephanie Marley, Julian Marley, Ky-Mani Marley, and Damian Marley, are still maintaining their dad, Bob Marley’s legacy.

According to an article of 2018 published by Forbes, Rohan and his family members generated an estimated $23 million from official Bob Marley licensed materials. In addition, as per Celebrity Net Worth, they reportedly earn $500 million of revenue annually from the authorized and unauthorized licensing fees. Moreover, in 2001, Rohan and his siblings were given control of Bob Marley’s estate.

Thus, Rohan seems to have inherited and is still making a significant earning through his dad’s estate. As a result, his late father’s earnings and estate have a heavy influence on Rohan Marley’s net worth.

As mentioned earlier, Rohan Marley’s fortune is estimated to be $20 million. And as a multimillionaire, he must be enjoying a comfortable lifestyle with his family. Going through his Instagram, we can also see that he often travels around the world.

Rohan owns RoMarley Beach House, located in a picturesque fishing village, Puerto Morelos, which is just 15 minutes away from the Cancun International Airport. He opened the beach house in July 2020.

Furthermore, it is the third hotel in The Five Hotels & Residences hotel chain. The hotel has received good reviews, and many people go here which must have helped Rohan by increasing his wealth.

Nonetheless, we hope that Rohan Marley’s net worth continues to reach new heights in the coming days.