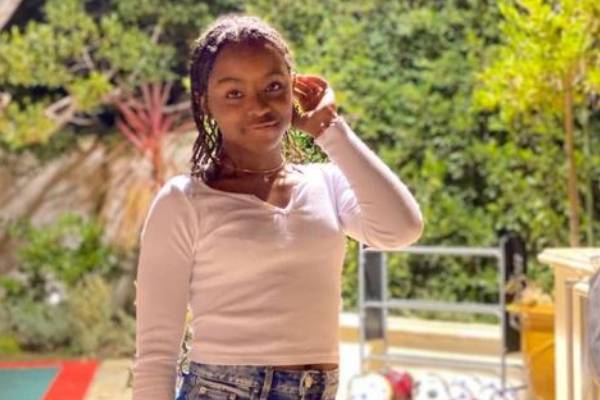 Hip-hop is a popular genre that developed in the 1970s in the USA. It has become one of the most loved music genres globally, with millions of fans enjoying music from various artists. Several rappers and hip-hop artists have gained significant success and have established themselves as the greatest rappers of all time.

One such artist who has established herself as one of the greatest rappers of all time is Lauryn Hill, also known as Lauryn Noelle Hill. Lauryn, the most influential rapper of her generation, is credited for breaking barriers for female rappers and her huge contribution to the music world.

Because of her popular music albums, Lauryn has a massive fanbase around the world. Several fans of hers are curious to know what her personal life is like. Furthermore, they want to know what her six kids are doing and their life as the children of a well-known musician.

In this article, let’s learn in detail about Lauryn Hill’s daughter, Sarah Marley, and how she is growing up.

Lauryn And Her Partner’s Youngest Child

As stated above, the beautiful and talented rapper is the doting mother of six beautiful kids. Five of whom she welcomed with her long-time partner, Rohan Marley. The former couple met in 1996, and began dating eventually, and welcomed kids.

Rohan and Lauryn’s youngest child is their daughter, Sarah Marley, whom they welcomed in January 2008. As the youngest kid of her parents, she must be pampered very well by her dad, mom, and elder siblings. Sarah has three elder brothers and an elder sister.

Sarah Marley’s eldest brother is Zion David Marley, who was born on August 3, 1997. Then arrived her eldest sister, Selah Louise Marley, in November 1998.

Furthermore, Marley’s parents welcomed her brother, Joshua Omaru Marley, on December 19, 2001. However, as per a Google search, they had welcomed him on January 26, 2002. Simialrly, Sarah’s brother, John Nesta Marley, was born in June 2003.

Lauryn Hill’s daughter must have a great relationship with all her siblings.

Is Close With Her Half-Siblings

Eden Marley is the eldest half-sister of Sarah, who was born to her dad, Rohan Marley, and his then-wife, Geraldine Khawly, in January 1994. Eden is also the eldest child of Rohan, among his eight children. Furthermore, Sarah’s elder half-brother from her dad’s side is Nicolas Rohan Marley, also known as Nico Marley, who arrived in January 1995.

As stated above, Sarah also has a younger half-brother from her mom’s side. He is Micah Hill, who was born in July 2011. But there is no information about who his father is.

Lauryn Hill’s daughter, Sarah, seems to be close with all her half-siblings. She is often spotted hanging out with them on several family functions.

Also Read: Know About All Of Evan Bass’ Kids

As mentioned earlier, Sarah Marley is the youngest daughter of the famous singer and rapper Lauryn Hill. And, it seems like Sarah has decided to follow in her mom’s footsteps. Her Instagram profile features different videos of her singing on several occasions.

In July 2021, Lauryn Hill’s daughter uploaded a video of her singing at the UN Chamber Music Society’s Concert in the Celebration of Nelson Mandela International Day. She sang  “Tell Him,” which is written by her mom, Lauryn. In the same event organized back in 2020, she sang the song “One Love.”

Moreover, Sarah also has a dedicated artist Instagram page named Sara Marley Music. But she has not uploaded anything on there. Nevertheless, Sarah might be working hard on her musical career. Let’s hope the youngest daughter of Lauryn Hill finds success in her career.

And while we do know that Sarah has an interest in pursuing a career in music, further information about her life is a little hazy. It is also unclear what and where she is studying. Nonetheless, Lauryn’s daughter who is in her early teens might be focussing on her education.

Nonetheless, we hope to learn more about Lauryn Hill’s baby girl in the upcoming days.

The name Sarah which means Princess, has a Hebrew origin.