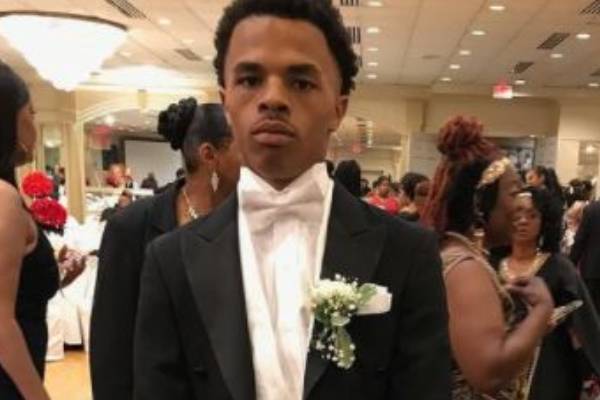 Hip-hop has become one of the most popular music genres globally. With millions of followers around the world, many rappers and musicians have gained significant success in their musical careers. They have established themselves as the successful and wealthiest musicians of their time.

Lauryn Noelle Hill, also known as Lauryn Hill, is one of the greatest rappers of all time, who won eight Grammy Awards. In addition, most of her musical albums have become a massive success. Her solo album The Miseducation of Lauryn Hill is one of the best-selling albums of all time.

While her professional career is known to many of her fans, Lauryn’s personal life has become a topic of curiosity. The successful rapper is also a doting mother of six kids who have now grown up and seem to be doing great in their life.

In this article, how about we learn in detail about Lauryn Hill’s son, Joshua Omaru Marley, and see what he is doing these days?

As mentioned earlier, the successful rapper Lauryn Hill became the mother of six kids, five of whom she shares with Rohan Marley. The pair met in 1996 and began their relationship. Although they were never tied in the marital bond, Rohan and Lauryn welcomed five children, three sons, and two daughters together.

Joshua Omaru Marley is the third child of Lauryn Hill and Rohan Marley, whom they welcomed on December 5, 2001. However, according to Google search, he was born on January 26, 2002. Furthermore, he has two elder siblings and two younger siblings.

The Marley siblings have a great relationship with each other and grew up having a wonderful time.

Although Joshua Omaru Marley is the third child of Lauryn, he is the fifth child of Rohan Marley. Before getting into a relationship with his mom, Joshua’s dad shared a blissful marital life with Geraldine Khawly. Together they welcomed a son and a daughter.

Joshua Omaru Marley’s dad became a father for the first time with the birth of his half-sister, Eden Marley, who was born in January 1994. Joshua’s half-brother is Nico Marley, also known as Nicolas Rohan Marley. Rohan and his-then wife gave welcomed Nicolas in January 1995.

Similarly, after Joshua’s dad and mom ended their relationship, his father tied the knot with Brazillian model Barbara Fialho in March 2019. Then, Joshua’s half-sister, Maria Fialho Marley, was born on August 1, 2019. Moreover, he also has a half-brother from his mom’s side.

Joshua Omaru Marley’s half-brother from his mom’s side is Micah Hill, whom his mom gave birth in July 2011. However, it is not known who Micah Hill’s dad is. Nevertheless, Lauryn Hill’s second-oldest son, Joshua, must be close with all his half-siblings.

Has Followed On His Mom’s Footsteps

Lauryn Hill’s son, Joshua Omaru Marley, grew up surrounded by famous and successful musicians. His mom, Lauryn, is a popular rapper who is one of the greatest of all time. Similarly, Joshua is the grandson of well-known reggae artist Bob Marley, who is considered to be the pioneer of reggae.

His mom and grandfather’s legacy must have developed Joshua’s interest in music. Therefore, Joshua followed in their footsteps and pursued a career in music. He has his own SoundCloud account and has released several songs, including Ballin, Keep A Pole, Ruga Bandz Remix (Ft. Tarro), Crazy, Chance, and many others.

Lauryn Hill’s middle child, Joshua Marley, also seems to be a huge fan of hers. He often posts several snaps of his mom. Furthermore, his Instagram profile also features his photos with different rappers like Kanye West aka Ye. He has also uploaded videos of himself attending Ye’s concert.

Similarly, in March 2018, he released a snip of a possible song featuring Drake and his mom, Lauryn.

Well, who knows, Joshua might become a successful musician like his mom and grandfather in the coming days.

Welcomed A Child With His Partner

Lauryn Hill’s son, Joshua, has already grown up and seems to be doing great in his life. Furthermore, he is the doting father of his son, Caleb Messiah Marley, whom he welcomed in July 2021 with his partner. Joshua’s dad shared the news of the baby’s arrival via Instagram, while he uploaded a photo a month later.

Furthermore, Joshua prefers to keep everything lowkey, so he has not revealed any information about the baby mama. He and his partner must be raising their son with immense love and care.

Lauryn’s baby boy, Joshua, must be doing well in his life. Nevertheless, we hope him a great life in the future.

The name Joshua has a Hebrew origin, and it means God Is My Salvation.

The name Omaru must have been derived from a Hebrew name Omari which means Speaker, Chief.